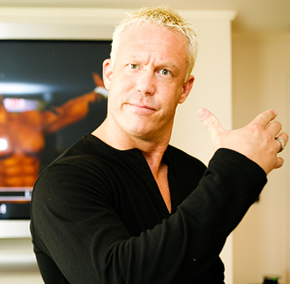 So, what am I doing here, and why am I not just sitting out my 90 day no-compete clause with World Wrestling Entertainment? Why am I not just waiting for day number 91, when I can make a big announcement? What’s the real message behind these videos?

Here are my answers:

I got my start in the wrestling business out of a desire and a passion to entertain people, period.  I worked hard on the independent scene for over 6 years.  I put hundreds of thousands of miles on my cars (that I could barely afford) traveling from state to state, honing my skills and perfecting the art of sports entertainment.  Somewhere along the way I caught the eye of a few people who eventually stuck their necks out on the line for me.  These people went to bat for me and said “Hey, give this guy a shot, because I think he has something special.”  One of those people is a man who I grew to admire while toiling away on the indies, and who I came to call a mentor and a friend when I finally “made it”.  This man believed in me, this man gave me my shot, and he helped create the “character” of Mr. Kennedy.  That man is Paul Heyman.

When I arrived at OVW,  I was practically penniless, but rich in passion and a desire to succeed. I almost failed.  Jim Cornette didn’t see much in me at first.  I wasn’t featured on OVW programming and I basically filled random spots on the card until a week or two before Jim was headed for “Greener pastures”.

Then Paul E. came in, and pulled me into a room.  He said: “I see the same qualities in you as  in Dwayne Johnson and Steve Austin.  You’re the next guy out of here.  We’re gonna do so much stuff with you on TV over the next few weeks that WWE is going to be salivating to get their hands on you, they’ll HAVE to pull you up!”  They say in the wrestling business: “believe half of what you see and none of what you hear”, and I really didn’t know Paul too well at the time so I wasn’t sure if he was serious or just blowing smoke up my ass.  Well it turns out that he was serious as a heart attack and five weeks after that little discussion I was debuting on Velocity against Funaki.  Two weeks later I was debuting on SmackDown, and the rest is history.  At first, I was told not to worry about being a “heel” or “face”.  Just go out there and get the crowd to know you.  I was uninhibited and on fire.  Within a few weeks, as people were filing into the arenas to see the shows, fans were screaming my catchphrase along with the Wooooo’s .  I was allowed to do funny dot com segments that were getting more views than anything else they were putting out at the time. My promos were funny and entertaining and I was matched up with some of the biggest names in the industry.