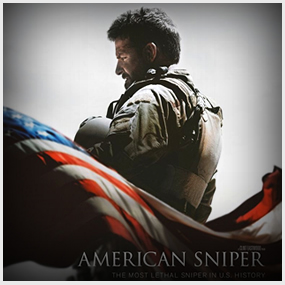 Bradley Cooper Gets Rave Reviews For His Performance in Clint Eastwood’s Newest Epic!

“American Sniper” is the latest film from Clint Eastwood, the story based on U.S. Navy SEAL Chris Kyle’s novel of the same. Warner Bros. has released a new trailer featuring Bradley Cooper as the man widely regarded as the most lethal sharpshooter in American military history Eastwood’s film casts Cooper as Kyle, who survived four tours of duty in Iraq and amassed such a large number of kills that he became known as “The Legend.” Kyle chronicled his experiences in the 2012 novel that was a New York Times best-seller for 20 weeks.

Along with Cooper, the film also features Sienna Miller as Kyle’s wife, as well as Luke Grimes, Sam Jaeger, Jake McDorman, and Cory Hardrict in supporting roles. Several former Navy SEALs are also among the film’s cast, either playing themselves or various other snipers Chris interacted with during his service. American Sniper will get a limited release in theaters December 25 (so it qualifies for award consideration) and a wide release January 16, 2015.

Of course, we’re HustleTweeting about American Sniper, and you’re more than welcome to join the conversation by following the Hustle on Twitter HERE or write to us directly at hustleoncrave@gmail.com Hey, have you checked out the Hustle’s Ultra High Quality You Tube Channel, with exclusive videos featuring OUR WORLD EXCLUSIVE WITH MIKE TYSON … BROCK LESNAR’S “HERE COMES THE PAIN” … ICE-T AND COCO’s SEX SECRETS … MMA BAD BOY NICK DIAZ … the list goes on and on, so if you’re not subscribing, you’re missing something … and by the ways cheapos, it’s FREE! Yes, absolutely 100 percent FREE! What are you waiting for? Check it out HERE!

CHECK OUT THE “AMERICAN SNIPER” TRAILER 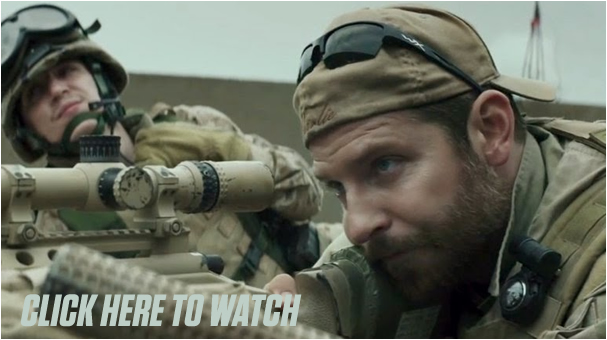