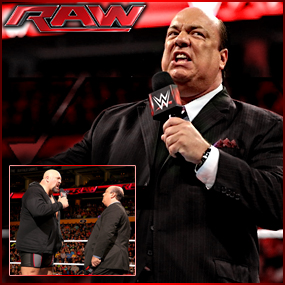 Our very own Hustler De Tuti Hustlers Paul Heyman showed up as a surprise in Buffalo, New York to preview Brock Lesnar’s Go To Hell Tour, and The Big Show took exception to it. According to a report filed on WWE.com:

Brock Lesnar is back in action Saturday, which means Paul Heyman is back to herald the coming of The Beast Incarnate once again. And while the WWE Universe was certainly enraptured by the mad scientist’s Go to Hell–themed homily, Big Show was not. The already victorious giant confronted Heyman and clearly had no intention of going to Suplex City, let alone hell, come bell time at Madison Square Garden. With Heyman uncharacteristically subdued, Show unveiled a new mantra for Saturday — Eat, Sleep, Beat Brock Lesnar at Madison Square Garden, Repeat — that even the advocate couldn’t muster up a response for.

Of course, we’re HustleTweeting about WWE Monday Night RAW, and you are more than welcome to join by following the Hustle on Twitter HERE or write to us directly at hustleoncrave@gmail.com Hey, have you checked out the Hustle’s Ultra High Quality You Tube Channel, with exclusive videos featuring the #HUSTLEBOOTYTEMPTATS SUPERMODEL OF THE YEAR … OUR WORLD EXCLUSIVE WITH MIKE TYSON … BROCK LESNAR’S “HERE COMES THE PAIN” … ICE-T AND COCO’s SEX SECRETS … MMA BAD BOY NICK DIAZ … the list goes on and on, so if you’re not subscribing, you’re missing something … and by the ways cheapos, it’s FREE! Yes, absolutely 100 percent FREE! What are you waiting for? Check it out HERE!

CLICK ON THE PICS BELOW TO SEE THE OFFICIAL WWE PHOTO GALLERY FEATURING PAUL HEYMAN AND THE BIG SHOW!

HERE’S THE ENTIRE CONFRONTATION BETWEEN THE WORLD’S LARGEST ATHLETE AND THE BEASTS’ ADVOCATE! 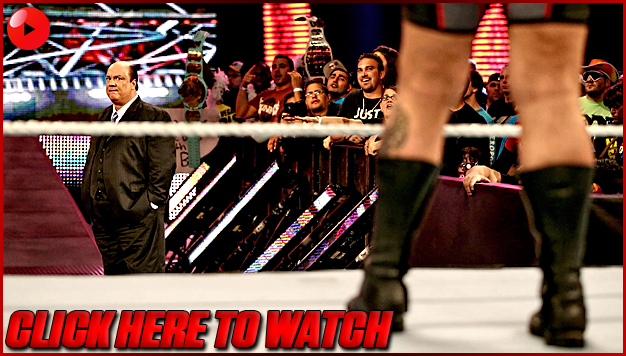