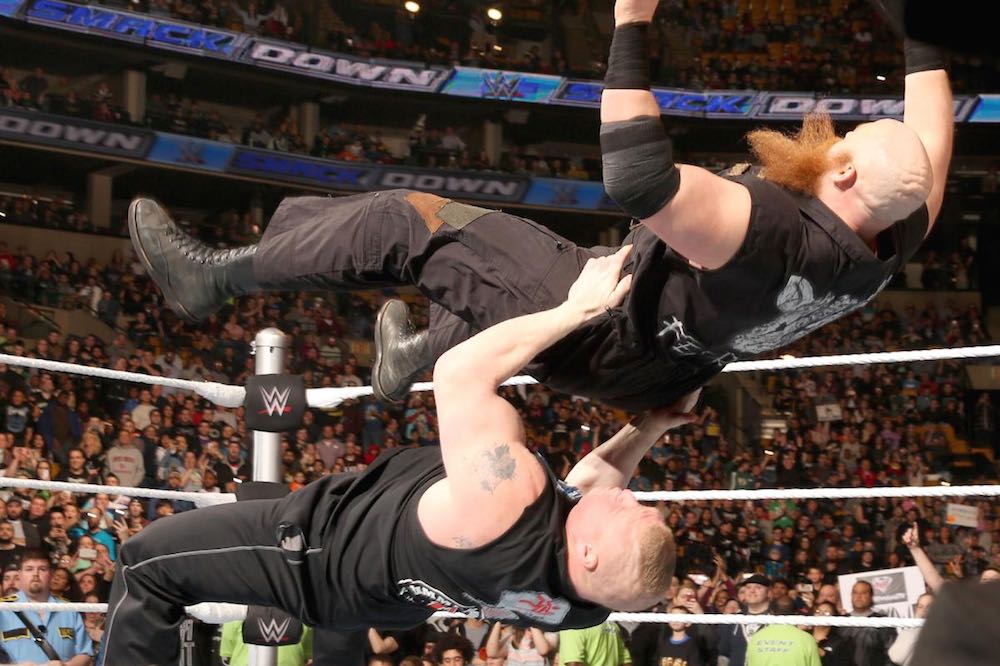 The Beast Incarnate and Our Boss Paul Heyman Come To Beantown Looking For a Fight!

The Road to Wrestlemania 32 ran through Boston this past Thursday night as Smackdown emanated from the historic TD Garden. Being that it was only 10 nights out from WWE’s Show of Shows, it should come as no surprise that all-out war erupted during the night’s “main event”, which according to our boss Paul Heyman, was quite simply ‘The Beast’ Brock Lesnar, who is the “main event” every time and anytime he steps through the ropes (we don’t disagree. At all.)

The Hustler De Tuti Hustlers and The Conqueror would call out Brock’s ‘Mania 32 opponent, Dean Ambrose. But just as it looked like the No Holds Barred Street Fight might go down 10 nights early, and instead of receiving The ‘Lunatic Fringe’, it would be the demonic Wyatt Family who descended on Suplex City. Just as The Beast was surrounded, however, Ambrose would hit the ring with an “extreme equalizer”. According to WWE.com:

Heralded by his always outspoken advocate Paul Heyman, Brock Lesnar returned to SmackDown, poised to go head-to-head with Dean Ambrose in a No Holds Barred Street Fight at WrestleMania. But when Heyman called out The Lunatic Fringe to battle The Beast right there and then, The Wyatt Family instead made a surprise appearance to reopen its own conflict with The Conqueror.

As they surrounded the ring, though, Ambrose emerged, with a Kendo stick in hand. As he disposed of an advancing Luke Harper, Lesnar took both Braun Strowman and Erick Rowan to Suplex City. Ambrose charged into the ring and engaged Lesnar with this week’s weapon of choice. But the dominate Beast brushed off his adversary’s assault as if it were nothing and delivered a devastating F-5 to his WrestleMania opponent.

With yet another violent statement made at the hands of The Conqueror, and Dean Ambrose left decimated and mangled on the canvas once again, what could possibly be in store for this Monday’s Raw and the final stop en route to Dallas?

Check out this  gallery of The Conqueror’s return to Boston: 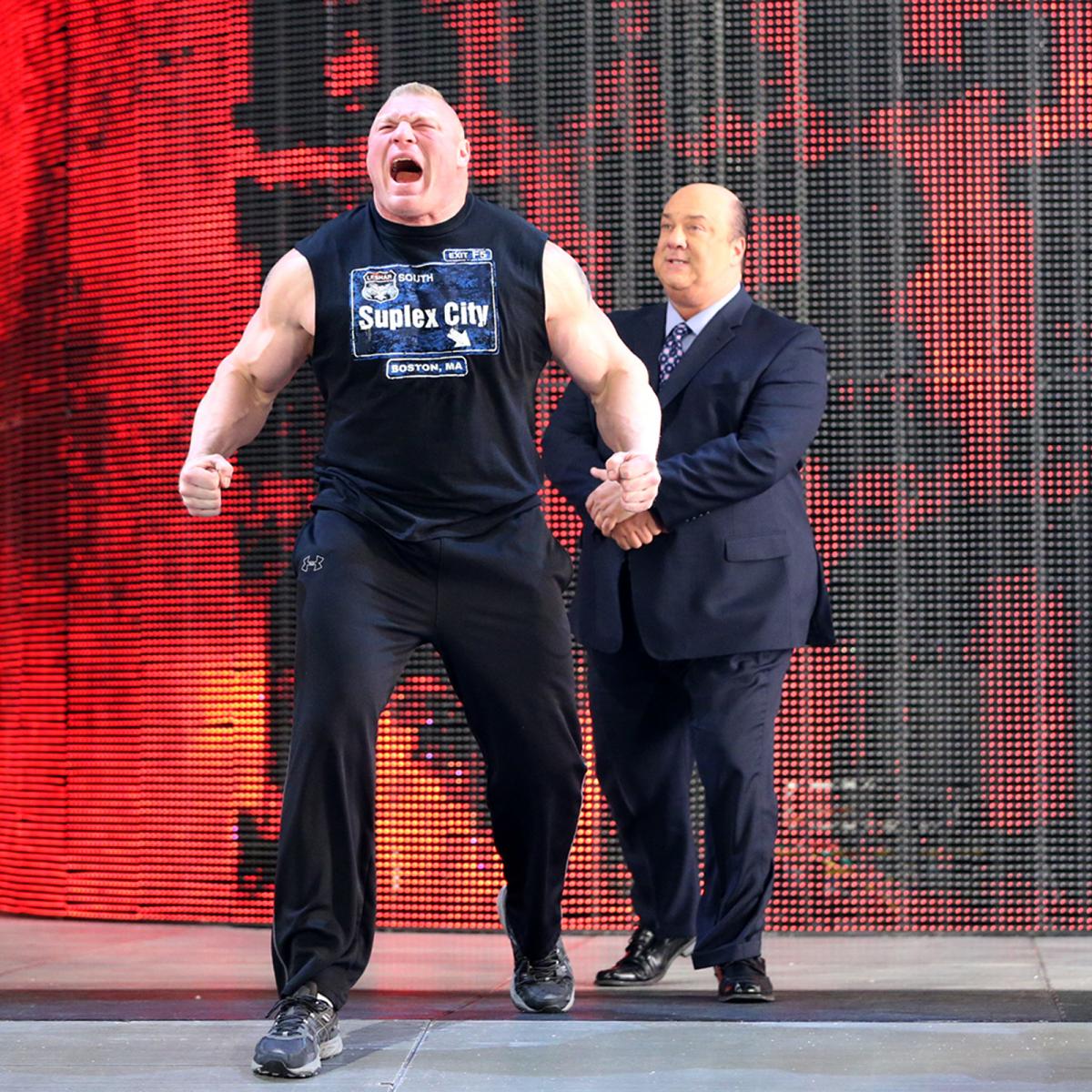