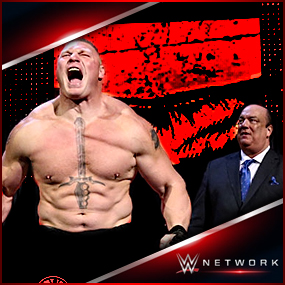 Our very own Hustler De Tuti Hustlers Paul Heyman had the best seat in the house for The Beast Incarnate’s destruction of the Seven Foot Tall Giant in the World’s Most Famous Arena!

It took only four minutes, less than a full round in UFC, but Brock Lesnar certainly made his point. Returning to Madison Square Garden for the first time in over a decade, The Beast dominated The Big Show in an almost-uncomfortable manner, all to the glee of our boss Paul Heyman. According to a detailed report filed on WWE.com:

The Greatest Arena in the World played host to an epic battle of behemoths as Brock Lesnar and Big Show went toe-to-toe. In the early goings, The World’s Largest Athlete did something no other Superstar to date has managed to do and actually overpower The Beast Incarnate. The giant soon delivered three straight chokeslams on his adversary only to watch him kick out. What followed was perhaps The Beast’s most impressive display of dominance yet, suplexing his 450-pound opponent around the ring, subsequently introducing him to Suplex City. Eventually, Lesnar hoisted his giant foe on his shoulders, hitting the F-5 for the victory.

After the contest, a victorious Lesnar and his advocate Paul Heyman stormed back to the ring as the former WWE World Heavyweight Champion tossed his defiant foe across the ring with a belly-to-belly suplex before nailing one final F-5 for impact.

Of course, we’re HustleTweeting about Brock Lesnar and Paul Heyman LIVE From Madison Square Garden, and you’re more than welcome to join by following the Hustle on Twitter HERE or write to us directly at hustleoncrave@gmail.com Hey, have you checked out the Hustle’s Ultra High Quality You Tube Channel, with exclusive videos featuring the #HUSTLEBOOTYTEMPTATS SUPERMODEL OF THE YEAR … OUR WORLD EXCLUSIVE WITH MIKE TYSON … BROCK LESNAR’S “HERE COMES THE PAIN” … ICE-T AND COCO’s SEX SECRETS … MMA BAD BOY NICK DIAZ … the list goes on and on, so if you’re not subscribing, you’re missing something … and by the ways cheapos, it’s FREE! Yes, absolutely 100 percent FREE! What are you waiting for? Check it out HERE!

CLICK ON THE PICS BELOW TO SEE THE ENTIRE OFFICIAL WWE PHOTO GALLERY FEATURING BROCK LESNAR VS THE BIG SHOW LIVE ON THE WWE NETWORK SPECIAL FROM MADISON SQUARE GARDEN! 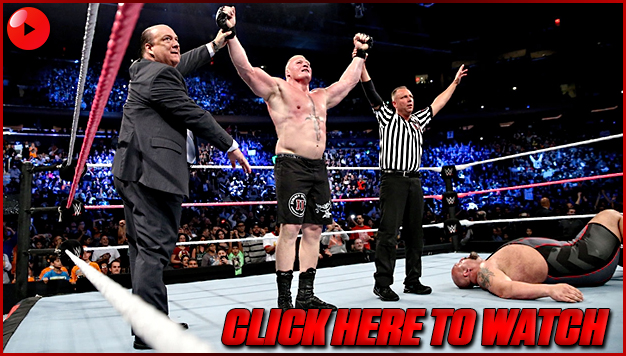