Brock Lesnar Returns To WWE Smackdown ... and EVERYONE Pays The Price 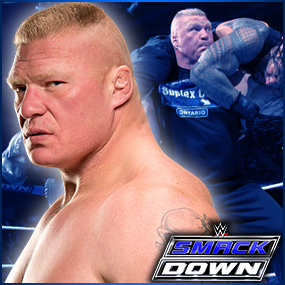 The Beast Incarnate Makes His First Appearance on Smackdown in 12 Years … and Goes Straight After Roman Reigns and Dean Ambrose!

With all three contenders of the Triple Threat Match at WWE Fastlane in one place, we all knew someone was bound to get brutalized by The Beast Incarnate…We just didn’t know when. In his first appearance on WWE SmackDown in 12 years, Brock Lesnar (and his Advocate, our boss Paul Heyman) came to send a message to his WWE Fastlane opponents. According to our friends at WWE.com:

At the height of Roman Reigns & Dean Ambrose’s brutal battle against The Dudley Boyz, Brock Lesnar arrived on SmackDown’s stage for the first time in 12 years. The Beast Incarnate’s appearance on Thursday’s hottest show quickly sent the main event into chaos as the three Superstars in this Sunday’s WWE Fastlane Triple Threat No. 1 Contender’s WWE World Heavyweight Championship Match broke out into a brawl.

The Lunatic Fringe and The Big Dog began their fight united, but things quickly unrivaled after the black-clad Superstar missed a Spear on The Beast and nearly landed the devastating maneuver on his former Shield “brother.” In response, Ambrose tried to hit Dirty Deeds on Reigns only to have it reversed into a Samoan Drop. The implosion between brothers allowed Lesnar to pounce, delivering a huge F-5 to the powerhouse Superstar.

WWE World Heavyweight Champion Triple H then appeared on stage, sporting not only his coveted title, but also an almost approving glare as he surveyed the sea of carnage left from the preceding free-for-all.

Of course, we’re HustleTweeting about WWE Fastlane, and you’re more than welcome to join the conversation by following the Hustle on Twitter HERE or write to us directly at hustleoncrave@gmail.com. Hey, have you checked out the Hustle’s Ultra High Quality YouTube Channel, with exclusive videos featuring Backstage with Brock Lesnar and Paul Heyman… The Footage “They” Never Wanted You To See … UFC Bad Boy Nick Diaz’s Wildest Video Ever … Behind The Scenes at WrestleMania … ICE-T and Coco’s Sex Secrets … the list goes on and on, so if you’re not subscribing, you’re missing something … and by the ways cheapos, it’s FREE! Yes, absolutely 100 percent FREE! What are you waiting for? Check it out HERE! 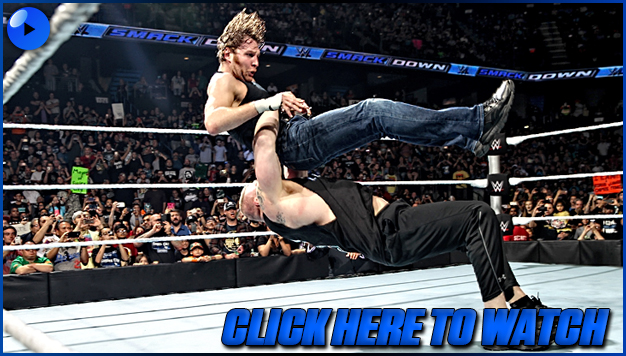