Brock Lesnar Announces His Decision on WWE vs UFC 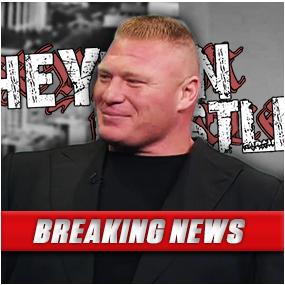 WWE. So now we bring closure to one of the hottest in-public contract negotiations in sports entertainment history. During an appearance on Sportscenter on Tuesday, WWE Champion Brock Lesnar announced the he has re-signed with the WWE, effectively ending all speculation of a potential return to the Octagon. I’m officially closing the door on MMA,” Lesnar said. “It was hard. I re-signed last night with the WWE.” Lesnar (5-3) is scheduled to appear at Wrestlemania 31 this weekend in Santa Clara, California. His previous WWE contract was scheduled to expire at the end of the month, prompting countless headlines regarding a potential return to the UFC. On Monday, he chose to sign a new WWE deal. “It was a very hard decision at this stage of my career,” Lesnar said.

“The fighter inside me wants to compete. The father and husband — I’m an older caveman now. I make wiser caveman decisions. So, I’m here to say my legacy in the Octagon is over.” Late last month, Lesnar was seen cageside at UFC: 184 creating much speculation on Lesnar’s future. Lesnar says he attended the event purely as a fan and not as a bargaining move. “I could go back to the Octagon, but what am I going to gain? I was the UFC heavyweight champion of the world. Due to my illness, my career got cut short. That’s God telling you, ‘it’s time to move on.'”

Ladies and Gentlemen, the reigning, defending, undisputed WWE Heavyweight Champion is here to stay … for a long time!

Of course, we’re HustleTweeting about the WWE Champion’s announcement and you are more than welcome to join by following the Hustle on Twitter HERE or write to us directly at hustleoncrave@gmail.com Hey, have you checked out the Hustle’s Ultra High Quality You Tube Channel, with exclusive videos featuring the #HUSTLEBOOTYTEMPTATS SUPERMODEL OF THE YEAR … OUR WORLD EXCLUSIVE WITH MIKE TYSON … BROCK LESNAR’S “HERE COMES THE PAIN” … ICE-T AND COCO’s SEX SECRETS … MMA BAD BOY NICK DIAZ … the list goes on and on, so if you’re not subscribing, you’re missing something … and by the ways cheapos, it’s FREE! Yes, absolutely 100 percent FREE! What are you waiting for? Check it out HERE!

BROCK LESNAR ANNOUNCES HE HAS SIGNED A CONTRACT! 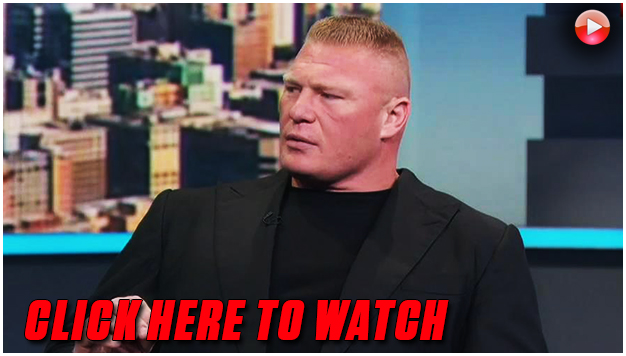