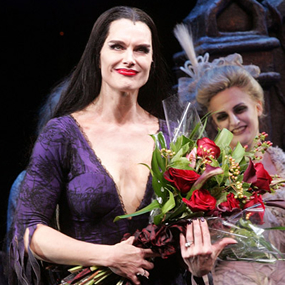 Prev1 of 10Next
Use your ← → (arrow) keys to browse
THE ADDAMS FAMILY adds some serious star power!

In the past decade, Brooke Shields has won rave reviews and has established herself as an acclaimed Broadway musical leading lady with her performances as Ruth in Wonderful Town, Roxie Hart in Chicago and Sally Bowles in Cabaret. Her Broadway debut came in 1994 as Rizzo in Grease, for which she won a Theatre World Award.

This past summer she starred with Raul Esparza in Alan Menken’s Leap of Faith at the Ahmanson Theatre in Los Angeles. Also in LA, she recently starred in the new play Girls Talk at the Lee Strasberg Theater.

Shields has received numerous awards and accolades for her extensive repertoire of talents. She was nominated twice for a Golden Globe Award for Best Actress in a Television Series – Musical or Comedy, and was also nominated for The American Comedy Awards’ Funniest Female Performer in a Television Series Leading Role for her hit comedy show, “Suddenly Susan.” She is the recipient of five People’s Choice Awards.

She was recently seen in her own show “In My Life” at Feinstein’s at the Loews Regency, sharing stories and songs from her incredible journey in show business.

Now in its second year on Broadway at the Lunt-Fontanne Theatre, which stands at 205 West 46th Street, THE ADDAMS FAMILY has grossed more than $65 million since its opening in April, 2010.

A national tour of THE ADDAMS FAMILY will begin in September of this year at the Mahalia Jackson Theatre for the Performing Arts in New Orleans. International productions of the musical have been announced for Sao Paulo, Brazil in spring, 2012 and Sydney, Australia in spring 2013. Several other international productions are in the planning stages.

Of course, we’re HustleTweeting about Brooke on Broadway, and you’re more than welcome to join the conversation by following THE HEYMAN HUSTLE on Twitter HERE or write to us directly at hustleoncrave@gmail.com

CLICK ON THE PICS BELOW TO SEE THE ENTIRE GALLERY
FEATURING BROOKE SHIELDS ON BROADWAY! 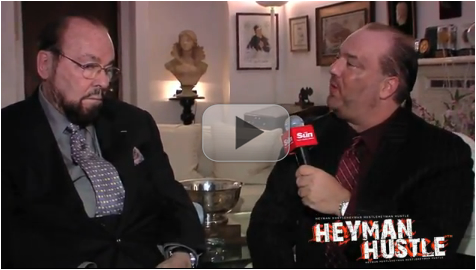