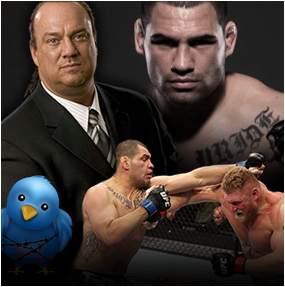 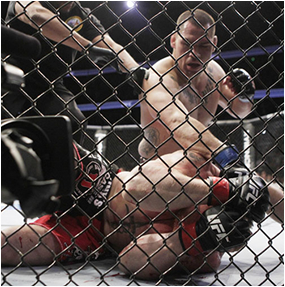 All last week, Paul was embedded in Camp Lesnar, posting exclusive photos of Brock you could not possibly find anywhere else. These exclusive behind-the-scenes photos of UFC’s most private champion of all time were a rare glimpse of a man who is nothing short of a recluse.

CLICK HERE FOR THE HEYMAN HUSTLE TWITTER PAGE, WITH ALL THE EXCLUSIVE PHOTOS AND BEHIND-THE-SCENES TWEETS FROM LAST WEEK!

Moments after Brock lost the championship to Cain Velasquez, Paul posted a series of tweets, which we have put together below. Here’s what Pal had to say after Cain beat Brock for the UFC Championship:

CLICK ON THE PICS BELOW TO SEE THE ENTIRE GALLERY OF
CAIN VELASQUEZ’S UFC 121 TITLE VICTORY OVER BROCK LESNAR!