Heyman: Brock Lesnar Is Determined To Be A Carwin-Eating Carnivore 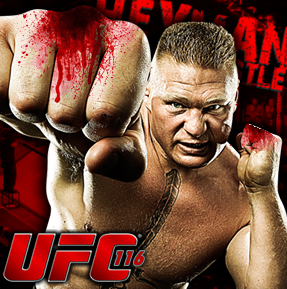 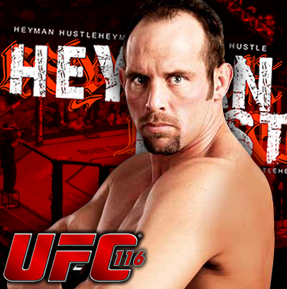 The clips last forever on television, YouTube, and the social networking sites. In the age where a minute-old video can instantly become legendary, sports figures no longer have the luxury of their performances being part of urban myth. What you see is what you get … and what you get, you can see over and over and over again.

Brock Lesnar is chomping at the bit. The farm boy from Webster, South Dakota with a walk-in freezer filled to the brim with chopped up fresh-killed hunted meat who had to change his diet or face retirement is at heart, and always will be, a carnivore.

"I would have fit in really well back in the days of the cavemen or the gladiators," Brock told me when he tortured me by taking me Ice Fishing in December, "I like the feeling of hunting down what I feed my family. If there’s a beast out there capable of hunting down Brock Lesnar, he would do it and make me the trophy on his den wall. But the laws of nature dictate that I’m going to be the one who goes into the wild and comes home with the evening’s bounty."

Since his life-threatening battle with Diverticulitis, Brock’s intake is much different than it used to be. "I really didn’t have a choice," he said a few days ago, "I had to make some serious adjustments in what I was putting into my body."

I’ve seen Brock eat. He likes meat. Lots of it. Red meat, as a matter of fact. Bloody rare, as if he is only one step removed from the actual kill. "I’m a meat eater," he likes to say, "a nice big slab of beef really gets me going!"

Now Brock has trained his body to accept a 3200 calorie-a-day diet. "It’s not something I planned," the current UFC Heavyweight Champion of the World admits, "but it had to be done. It was either that, or face the possibility of retirement and some serious damage to my quality of life."

Considering his extraordinary ability to adapt to this new regimen, coupled with a reinvigorated training camp, Brock Lesnar won’t be cutting any weight going into this fight with Shane Carwin next Saturday, July 3rd for the Undisputed Heavyweight Championship. "That’s handled already," Brock says, scratching one more item off his checklist for this huge main event, "I’m 265 pounds right now. I’m ready to fight today."