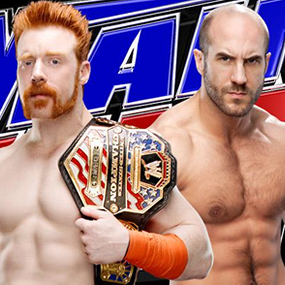 It certainly was a wild brawl on WWE Main Event, as reported by WWE.com:

Displaying the heart of champion, Sheamus came out hitting hard against Cesaro. As the brawl waged on, both Superstars matched each other’s aggression. With the WWE Universe on the edge of their seats after a few near falls, Sheamus threw caution to the wind and leaped from the top turnbuckle onto Cesaro on the floor. Because the brawl continued despite the referee’s ten count, the bout ended in a Double Count-Out. With officials trying to restore order, the Swiss Superman rammed Sheamus with a steel chair, but Sheamus countered with a Brogue Kick to get in the final blow on WWE Main Event on WWE Network.

Of course, we’re HustleTweeting about Cesaro vs Sheamus, and you’re more than welcome to join the conversation by writing us on twitter HERE or write to us directly at hustleoncrave@gmail.com Hey, have you checked out the Hustle’s Ultra High Quality You Tube Channel, with exclusive videos featuring OUR WORLD EXCLUSIVE WITH MIKE TYSON … BROCK LESNAR’S “HERE COMES THE PAIN” … ICE-T AND COCO’s SEX SECRETS … MMA BAD BOY NICK DIAZ … the list goes on and on, so if you’re not subscribing, you’re missing something … and by the ways cheapos, it’s FREE! Yes, absolutely 100 percent FREE! What are you waiting for? Check it out HERE!

HIGHLIGHTS OF CESARO VS SHEAMUS! 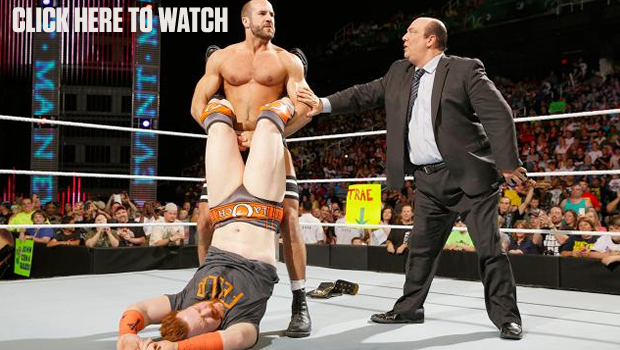