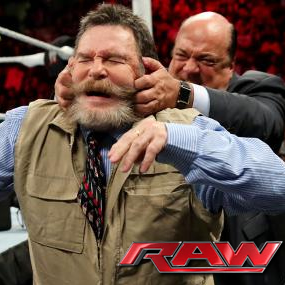 It was another eventful night on WWE Monday Night RAW, as reported by WWE.com: At WrestleMania 30, Paul Heyman’s client Brock Lesnar conquered The Streak (in case you hadn’t heard), and on Raw, his client Cesaro conquered a Real American. Clearly it’s good to be a Heyman Guy these days; Cesaro did his new advocate proud by repaying Jack Swagger for his meddlesome sneak attack the previous week with a one-on-one victory over his former brother-in-arms on Raw.

and you’re more than welcome to join the conversation (and you have to realize, this is one ridiculously lively conversation) by writing us on twitter HERE or write to us directly at hustleoncrave@gmail.com Hey, have you checked out the Hustle’s Ultra High Quality You Tube Channel, with exclusive videos featuring OUR WORLD EXCLUSIVE WITH MIKE TYSON … BROCK LESNAR’S “HERE COMES THE PAIN” … ICE-T AND COCO’s SEX SECRETS … MMA BAD BOY NICK DIAZ … the list goes on and on, so if you’re not subscribing, you’re missing something … and by the ways cheapos, it’s FREE! Yes, absolutely 100 percent FREE! What are you waiting for? Check it out HERE!

HERE’S ALL THE ACTION YOU CAN POSSIBLY HANDLE! 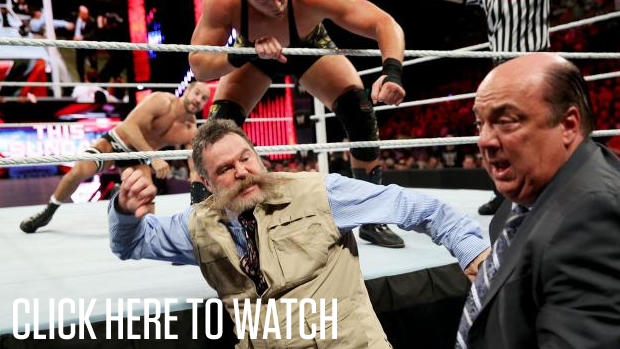