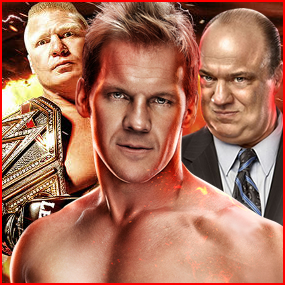 It’s The Hustler De Tuti Hustlers vs Y2J … and get ready for THE BEAST BROCK LESNAR!!!

Well, it would have been interesting. ECW Original Chris Jericho got into a heated discussion with our boss Paul Heyman during the kickoff of WWE Monday Night RAW (CLICK HERE TO SEE IT ALL BREAK DOWN) and as the guest general manager of RAW, Jericho scheduled himself for a match against the former ECW owner. Or so he thought. Enter Brock Lesnar! According to WWE.com:

A lot of Superstars like to rag on Paul Heyman for his supposed physical deficits, but “The Grand Poobah of Hardcore’s” record is surprisingly ironclad when it comes to in-ring action. Despite being forced into action over an outstanding debt of $200 to Chris Jericho, Brock Lesnar’s advocate got one over on yet another unsuspecting Superstar when his proposed match against Y2J was railroaded by — HERE COMES THE PAIN — The Beast Incarnate. Lesnar made quick work of Y2J and nullified the match, allowing The One Behind the One in 21-1 to walk away unscathed.

Of course, we’re HustleTweeting about Brock Lesnar’s return to WWE television, and you’re more than welcome to join the conversation by following the Hustle on Twitter HERE or write to us directly at hustleoncrave@gmail.com Hey, have you checked out the Hustle’s Ultra High Quality You Tube Channel, with exclusive videos featuring OUR WORLD EXCLUSIVE WITH MIKE TYSON … BROCK LESNAR’S “HERE COMES THE PAIN” … ICE-T AND COCO’s SEX SECRETS … MMA BAD BOY NICK DIAZ … the list goes on and on, so if you’re not subscribing, you’re missing something … and by the ways cheapos, it’s FREE! Yes, absolutely 100 percent FREE! What are you waiting for? Check it out HERE!

CLICK BELOW TO SEE THE RETURN OF BROCK LESNAR! 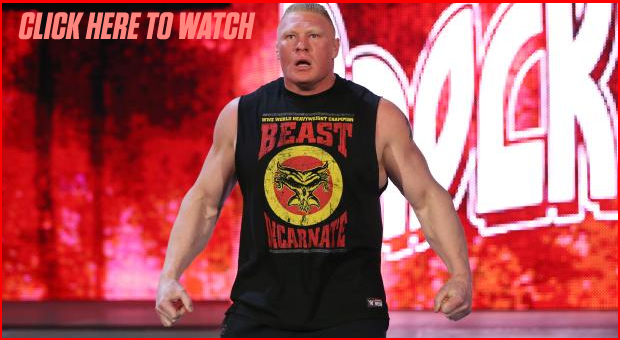