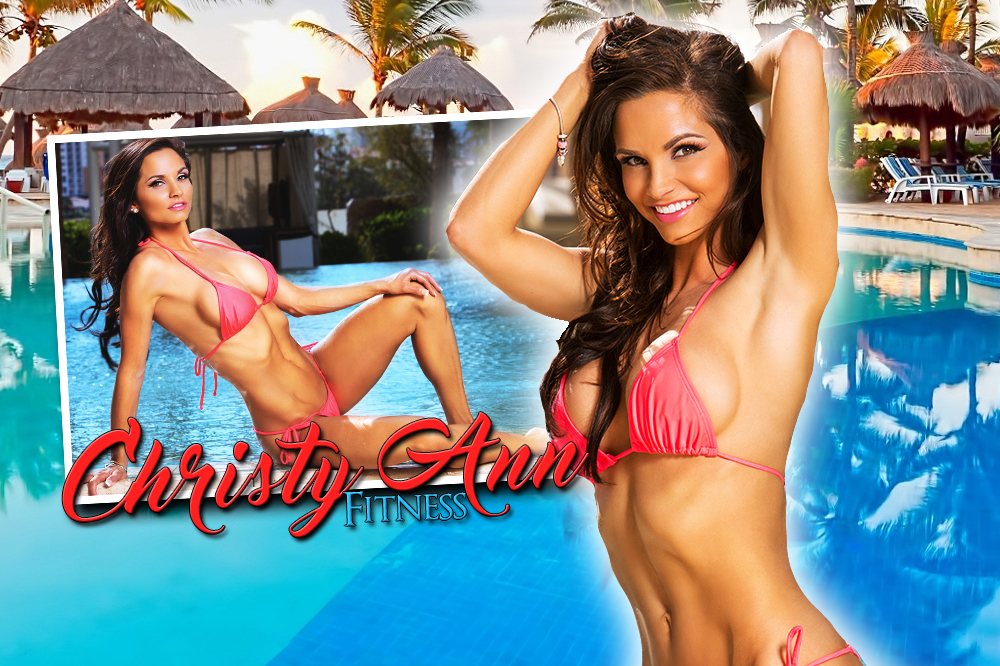 After the amazing success achieved by the 1st #HustleBootyTempTats Supermodel of the Year Ellie Gonsalves, the competition to see who will emerge as the next #HustleBootyTempTats breakout sensation has never been so fierce. Perhaps more than anyone else, Christy Ann Fitness has captured the attention of our readers, our HustleTweeters and our hyper-interactive Facebook community. “She’s the sexiest rookie in the history of the NPC,” noted supermodel photographer Christos Sewell, who shot these EXCLUSIVE photos for THE HEYMAN HUSTLE at the Hard Rock Hotel and Casino’s Breathe Pool while it was over 100 degrees outside.

Christos noted how he immediately noticed the commotion caused by Christy Ann’s photo shoot. “The Hard Rock closed down the pool so we could have EXCLUSIVE access and turn Las Vegas’ most beautifully designed pool area into our own personal #HustleBootyTempTats photo set … so it almost became common place on this scorching hot day for everyone to see these amazing beauties walking across the Hard Rock property, back and forth, to and from their individual photo shoot. And then … “ Christos started to laugh out loud. “Then came Christy Ann!”

According to the Hustle’s documentarian Ary Dalton, the NPC Charlotte Cup Champion caused quite a stir when she arrived at the pool. “People were climbing fences, trying to bribe security, ANYTHING to get a glimpse of Christy Ann’s photo session!” Ary exclaimed. “She has a ridiculous amount of star power … that intangible IT factor that everyone talks about all true superstars having … and she wears it with the prettiest smile on the hottest body you’ve ever seen!”

Indeed, we here at THE HEYMAN HUSTLE are proud to present a guaranteed major superstar in the modeling world, the rookie who took the NPC by storm and captured the prestigious Charlotte Cup in her very first outing, the self-proclaimed Very First #PaulHeymanPrincess. the amazing Christy Ann Fitness!

We’re HustleTweeting about #PaulHeymanPrincess Christy Ann Fitness, and you’re more than welcome to join the conversation by following the Hustle on Twitter HERE or on our hyper-interactive Facebook page HERE!

In this article:Christy Ann Fitness