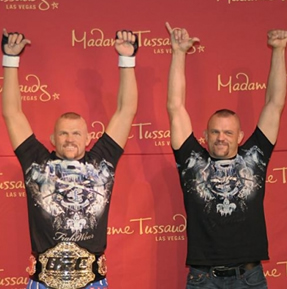 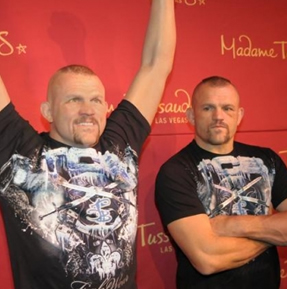 The Iceman was waxed and put on display, as Chuck Liddell was immortalized in wax this week as he became the very first ever MMA fighter to have a wax statue at Madam Toussaud’s in Las Vegas. It’s clearly a bittersweet time for Chuck, as so many people are prepare to celebrate a career he doesn’t believe (or want to believe) is over. UFC President Dana White said that he and Liddell had dinner last week, but there was the issue of Chuck’s return to the Octragon, where he has suffered three knockouts.

"It’s always cool hanging out with my friend, but Chuck’s having a hard time with this thing," White said. "He told me tonight the show open messed him up, watching (UFC 116) open. This guy’s in this longer than me. He’s been around forever and loves the sport."

CLICK HERE TO SEE THE ENTIRE
GALLERY OF CHUCK LIDDELL IN WAX!