CM Punk Wins BEAT THE CLOCK on WWE Monday Night RAW, and The Consequences Are Severe For Paul Heyman 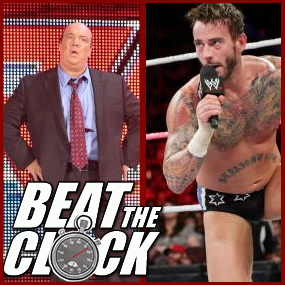 Punk will now fight Ryback … AND PAUL HEYMAN … and it won’t just be a handicap match … it will be HELL IN A CELL!

When PAUL HEYMAN PINNED CM PUNK AT WWE NIGHT OF CHAMPIONS we all thought “well, Paul will never get in the ring with Punk again.” And now, Punk gets his chance on pay per view one more time. And this time, Paul has nowhere to run and nowhere to hide. This time, our very own Hustler De Tuti Hustlers will be locked inside the Cell with Punk himself. According to WWE.com:

Advantage: CM Punk. Not only did Curtis Axel fail to win second Beat the Clock Challenge against Punk, but as a result Paul Heyman will now find himself trapped in the most ungodly of situations against his estranged prodigal son.

Axel’s task was relatively simple: Survive five minutes against the former WWE Champion and give Ryback the home field advantage at Hell in a Cell. But Punk came into the match like a man possessed, immediately peppering Axel’s sternum with strikes and chops against the turnbuckle. The titleholder gave as good as he got, bringing Punk to the precipice of the time limit with the Perfect Plex, but The Second City Saint countered with the Go to Sleep with seconds to spare.

Punk’s stipulation? Not only would he meet Ryback inside Hell in a Cell, but Heyman would join Ryback inside the Cell against him

What do you think will happen? We’re HustleTweeting about WWE Hell in a Cell and you’re more than welcome to join our conversation by following THE HEYMAN HUSTLE and telling us what YOU think RIGHT F’N HERE! We got the whole social media thing covered, so check out the Hustle’s Ultra High Quality You Tube Channel, with exclusive videos featuring OUR WORLD EXCLUSIVE WITH MIKE TYSON … BROCK LESNAR’S “HERE COMES THE PAIN” … ICE-T AND COCO’s SEX SECRETS … TEEN SENSATION TAYLOR MOMSEN … UFC BAD BOY NICK DIAZ … THE WALKING RIOT MISSY HYATT if you’re not subscribing, you’re missing something … and by the ways cheapos, it’s FREE! Yes, absolutely 100 percent FREE! What are you waiting for? Check it out HERE!

CLICK ON THE PICS BELOW TO SEE THE ENTIRE WWE PHOTO GALLERY
FEATURING CM PUNK’S VICTORY OVER CURTIS AXEL ON WWE RAW!

PUNK’S ANNOUNCEMENT CAN CHANGE PAUL HEYMAN’S LIFE FOREVER …
IT WILL BE PUNK VS RYBACK AND PAUL HEYMAN … HELL IN A CELL! 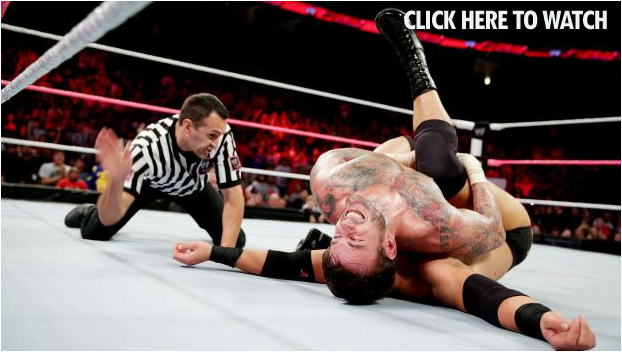