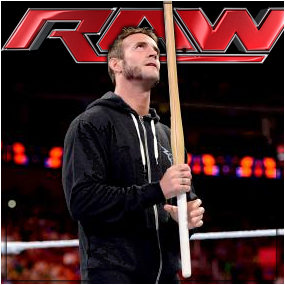 The Best in the World Promises to Break Our Very Own Hustler De Tuti Hustlers Paul Heyman’s Face at WWE Night of Champions!

It’s been the most heated personal issue the WWE Universe has witnessed in years. Our boss Paul Heyman‘s continuing war with CM Punk has reached new heights in WWE, as now Heyman is being forced into a handicap elimination match at Night of Champions against The Best in the World. Punk’s appearance on this week’s RAW certainly got people talking about the match, especially following PAUL HEYMAN’S BRUTAL ATTACK ON PUNK WITH A KENDO STICK last week. According to WWE.com:

“The Voice of the Voiceless” is done talking. He’s also not in the mood to wrestle. What CM Punk wants to do, really, more than anything at this point, is fight. Still sporting the physical and mental marks of Paul Heyman’s Kendo stick assault last week on Raw, The Straight Edge Superstar practically foamed at the mouth as he promised a “Biblical” piece of payback to Paul Heyman and Curtis Axel at Night of Champions.

But Punk – who rarely swears anything  to anyone– stopped only to level a rare guarantee to the WWE Universe: At Night of Champions, he would get past Curtis Axel in the Triple Threat Elimination Match and unleash his dark side on the mad scientist. It was a guarantee that was sealed with, perhaps, the two most dangerous words Punk has ever spoken: “I promise.”

Of course, we’re HustleTweeting about CM Punk’s promise to break Paul Heyman’s face, and you’re more than welcome to join the conversation by following us on twitter HERE or write us directly at hustleoncrave@gmail.com  Hey, have you checked out the Hustle’s Ultra High Quality You Tube Channel, with exclusive videos featuring OUR WORLD EXCLUSIVE WITH MIKE TYSON … BROCK LESNAR’S “HERE COMES THE PAIN” … ICE-T AND COCO’s SEX SECRETS … TEEN SENSATION TAYLOR MOMSEN … UFC BAD BOY NICK DIAZ … THE WALKING RIOT MISSY HYATT if you’re not subscribing, you’re missing something … and by the ways cheapos, it’s FREE! Yes, absolutely 100 percent FREE! What are you waiting for? Check it out HERE!