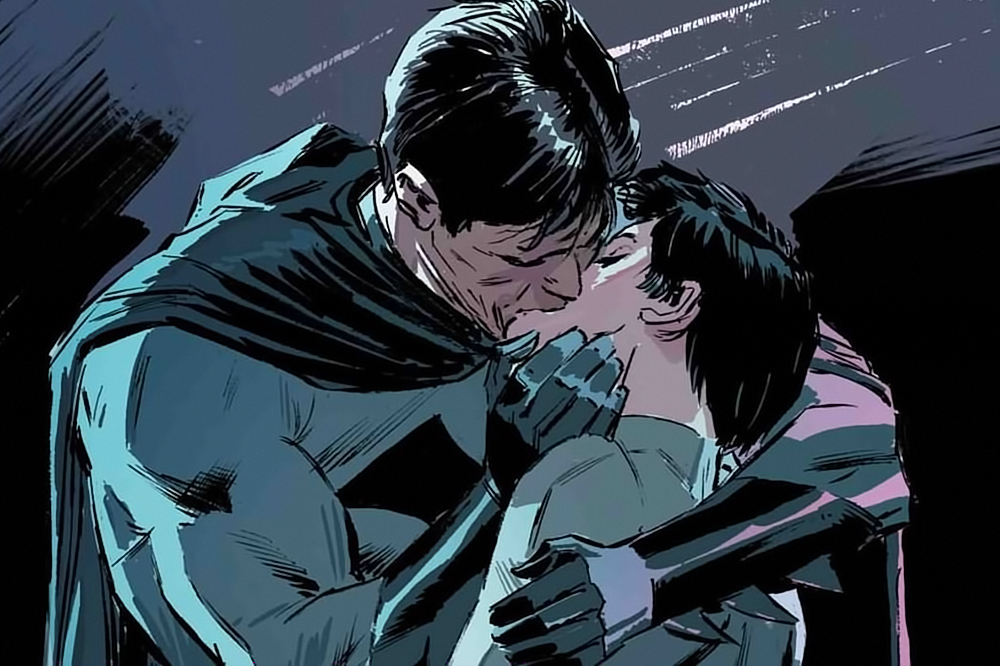 The most eagerly-anticipated wedding in the DC Comics universe since Superman married Lois Lane in 1996 will take place in Batman # 50 when Bruce Wayne and Selina Kyle will walk down the aisle on Wednesday, July 4th.

Alas, before the celebration, there’s going to be some drama.

It has been reported (and leaked, though it’s not really a “leak” since DC wants you to know this) The Joker will learn about the planned nuptials. And that can only mean nothing but trouble, right?

A story in the DC Nation one-shot, written by Tom King and illustrated by Clay Mann, will reveal what happens when the Clown Prince of Crime learns the Dark Knight and his sexy cat burglar love are set to be married.

The one-shot will also feature a preview of the upcoming Justice League: No Justice event series by writers Scott Snyder, James Tynion IV, Joshua Williamson and artist Jorge Jiménez, as well as a story from Brian Michael Bendis and comics legend José Luis García-López leading into the Man of Steel miniseries set to shake up the Superman storylines.

We’re HustleTweeting about The Wedding of Batman and Catwoman, and you’re more than welcome to join the conversation by following the Hustle on Twitter HERE or by hitting LIKE on our hyper-interactive Facebook page HERE!