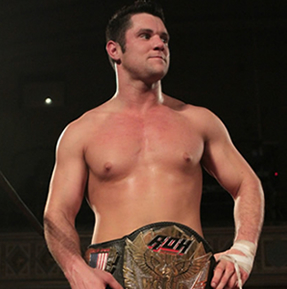 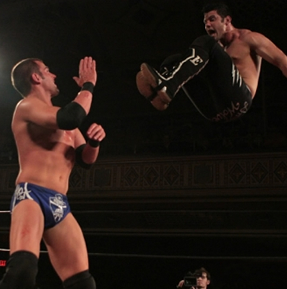 Edwards first achieved notoriety as the tag team partner of Davey Richards. Together, they were known as The American Wolves, but they split up in 2010 to pursue individual goals. Many longtime ROH followers thought it would be Richards who would become the next champion, but Edwards beat his former partner to the top of ROH.

In a match many have been comparing to the Ric Flair – Ronnie Garvin "chop fests" in 1987, Strong and Edwards put on a classic match in front of the New York City crowd, which exploded when the pinfall took place.

ROH returns to NYC on June 26th to the Hammerstein Ballroom, home of the ECW One Night Stand pay per view in 2005 and 2006, with what is being called the biggest show in Ring Of Honor history.

Want to discuss this story? Join the conversation by following THE HEYMAN HUSTLE on Twitter HERE or write to us at hustleoncrave@gmail.com

CLICK ON THE PICS BELOW TO SEE THE ENTIRE EXCLUSIVE PHOTO
GALLERY OF EDDIE EDWARDS’ HISTORIC ROH TITLE VICTORY IN NYC! 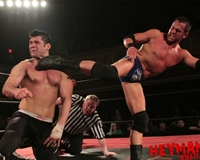 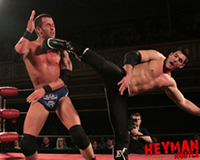 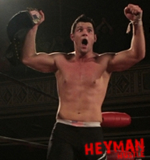