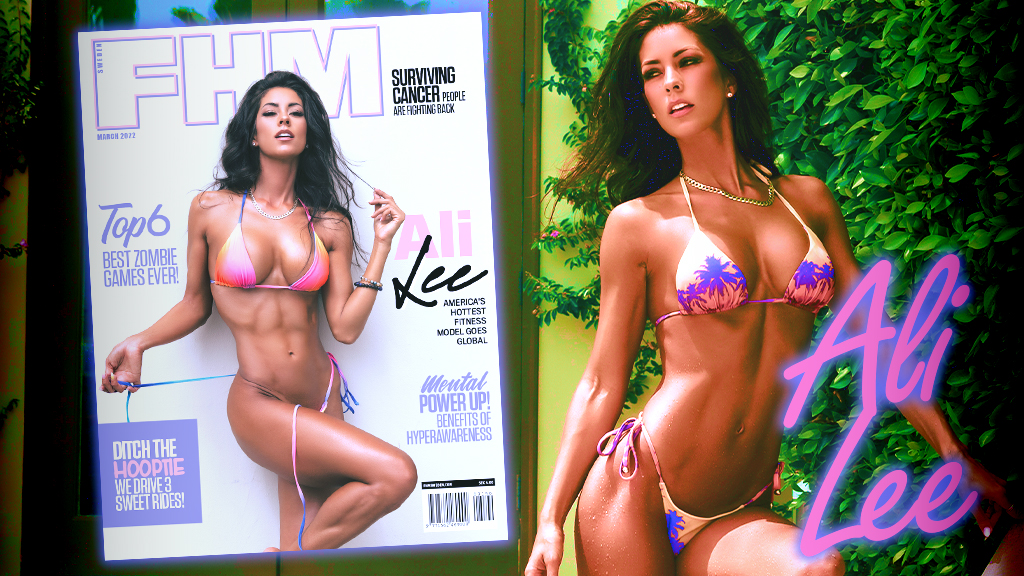 EXCLUSIVE #HustleBootyTempTats PHOTOS FOR THE HEYMAN HUSTLE AND FHM BY @STUDIO977!

The stunningly beautiful brunette and cover model secretly flew to the exclusive community of celebrity-centric Bel-Air, California, as the west coast paparazzi tried to break the news before the exclusive photoshoot with the famed lensman @studio977!

The World’s Most Beautiful Athlete, Paddleboarding champion Jala Sue is a #HustleBootyTempTats supermodel and is frequently seen around the world on FHM covers. The UK’s Miss Ali Drew, a noted fitness guru and Mixed Martial Arts broadcaster is a #HustleBootyTempTats supermodel. So is Daniella Chavez, the Chilean bombshell with 16,000,000 + Instagram followers who is best known for her “entanglement” with soccer legend Cristiano Ronaldo.

With the sudden demise of Victoria’s Secret’s “Angels” concept, Heyman and Co. understood the need to expand the #HustleBootyTempTats supermodel roster and make a big splash announcing the new additions for the 2022 roster.

Looking to exploit the rare opportunity to completely disrupt the supermodel world, they rented a $20,000,000 USD estate in Bel-Air, and put together what many have called the most ambitious supermodel photoshoot ever. Flying in some of the top supermodels and social media influencers from around the world, Heyman paired them with a slew of photographers to facilitate new collaborations that would make the entire world forget the “Angels” ever existed.

Coming off her most celebrated two years as America’s hottest fitness model, Ali Lee was destined to be a globally famous sensation. A natural born artist and creator, the entrepreneurial young lady broke into the public eye when, at 18 years old, she was recruited by a female pop group based in Atlanta and was relocated to Georgia to train and work with the best in the music industry in an all female pop group called “Blaze Blah.” The rigorous day to day routine consisted of meal prepping, early morning and evening sessions with top celeb trainers, choreography and dance work through the day, studio and recording sessions at night and promo tours in between.

It was during this time that Ali broke into the fitness world, all the while going solo and collaborating with top producer Keith Thomas and world famous hit maker Claude Kelly, to release her first solo record “Keep It Right There.” Ali didn’t stop there, climbing the charts with the beach pop record “Sun Soaked.”

But the modeling world was so hot and heavy in love with Ali’s ability to “make fitness fun again” that the offers were too good to ignore.

So Ali dove straight into the fitness modeling world, while at the same time getting involved in the health, beauty and fashion worlds as endorsement and commercial offerings kept pouring in.

“She’s difficult NOT to notice,” exclaimed Heyman, the famed “advocate” for WWE and UFC Heavyweight Champion Brock Lesnar and current “Special Counsel” for WWE‘s undisputed top star (and Universal Heavyweight Champion) Roman Reigns. “At a photoshoot filled wall-to-wall with some of the hottest models in the entire world, Ali Lee absolutely stands out!”

Which is why, FHM has confirmed, Ali Lee was pursued so heavily by Heyman to become the newest member of the #HustleBootyTempTats supermodel roster.

“We reached for Ali Lee,” Heyman candidly told us in an exclusive interview. “First round draft pick.”

“And …” Heyman added, “she’s only been a #HustleBootyTempTats supermodel for one day (so far), and has already far exceeded our expectations!”

When told of this comment, Ali Lee broke into a smile, and stole a line from sports entertainment’s #GOAT orator.

“I’m glad he feels that way,” Ali said with a half-wicked smile.

We’re HustleTweeting about #HustleBootyTempTats supermodel (and FHM cover model) Ali Lee, and you’re more than welcome to join the conversation on the Hustle Twitter HERE … on our ridiculously sensational Instagram HERE … or on our Facebook page HERE!