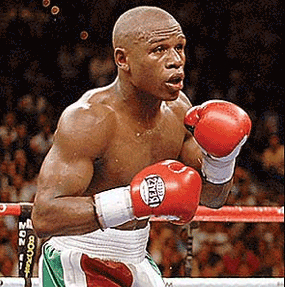 Money May’s Mouth Gets Him In A Bit of Trouble!

Just days after a RACIST AND TAUNTING VIDEO DIRECTED AT MANNY PACQUIAO, Floyd Mayweather has offered a VIDEO APOLOGY to his rival for the title of Best Pound For Pound Boxer in the World.

“I do want to apologize for what happen the other night," Mayweather states, "I want to apologize to everybody as they said they thought it was racists’ comments that came from me. I don’t have a racist bone in my body. I love everybody. Some of my guys are Muslim, some of my guys are Jews, Puerto Ricans, Dominicans, whites … it doesn’t matter. I got nothing but love in my heart. But if anyone was affected from what I said the other day, I apologize as a man and forgive me for saying what I said. I was just having fun. I didn’t really mean it. Nothing in a bad way."

We’re HustleTweeting about Floyd’s tirade and his apology, and you’re more than welcome to join the conversation by following THE HEYMAN HUSTLE on Twitter HERE or please feel free to let us know your thoughts by writing to us at hustleoncrave@gmail.com

THE MAYWEATHER VIDEOS – SEPTEMBER, 2010
WHAT A DIFFERENCE A WEEKEND MAKES! 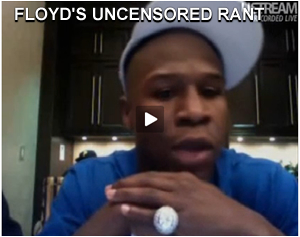 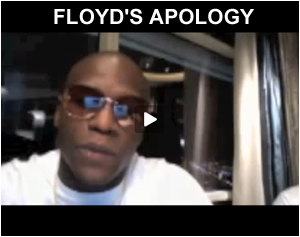