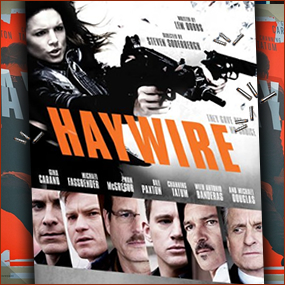 The Women’s MMA Pioneer Lays a Beatdown on the Video World!

The Women’s MMA Pioneer Lays a Beatdown on the Video World!

How did Gina land such a role?

No doubt, it has to do with her breakthrough performance in Academy Award-winning director Steven Soderbergh’s HAYWIRE, which is now out on DVD and Blu-Ray from the excited Lions Gate studio.

Gina stars as Mallory Kane, a beautiful-but-badass assassin who works for a private government contractor headed by Kenneth, who is played by Ewan McGregor. When Mallory is sent to Barcelona to perform the task of recovering a whistle-blowing journalist in hiding, everything goes wrong. Aaron (played by Channing Tatum), Paul (Michael Fassbender, terrific as usual) and even her dad (Bill Paxton) get caught up in a complicated web worthy of a Bourne movie. It’s about trust. It’s about betrayal. It’s about action.

Michael Douglas is in the movie. So is Antonio Banderas. And they’re both very good in the film, as is Michael Angarano as the poor kid who happens to cross Mallory’s path and is along for the wild ride with Mallory.
You can order the DVD and/or blu-ray directly from Lions Gate HERE!

Check out the trailer below!

Of course, we’re HustleTweeting about Gina Carano in HAYWIRE, and you’re more than welcome to join the conversation by following the Hustle on Twitter HERE or write to us directly at hustleoncrave@gmail.com  Hey, have you checked out the Hustle’s Ultra High Quality You Tube Channel, with  exclusive videos featuring BROCK LESNAR’S “HERE COMES THE PAIN”  … ICE-T AND COCO’s SEX SECRETS … THE ULTIMATE WELTERWEIGHT BAD ASS NICK DIAZ … CONTROVERSIAL TEEN SENSATION TAYLOR MOMSEN … LEGENDARY MMA PIONEER FRANK SHAMROCK … THE WALKING RIOT MISSY HYATT … if you’re not subscribing, you’re missing something … and by the ways cheapos, it’s FREE! Yes, absolutely 100 percent FREE! What are you waiting for? Check it out HERE!

THE ACTION IS HOT AND HEAVY AS GINA CARANO STARS IN “HAYWIRE!’ 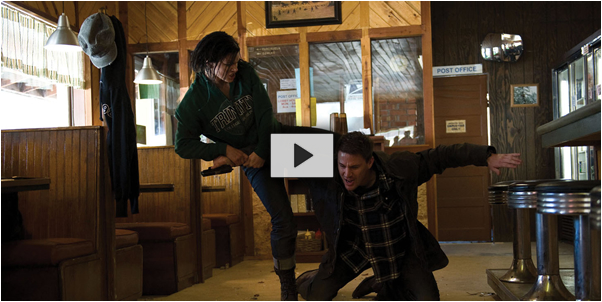