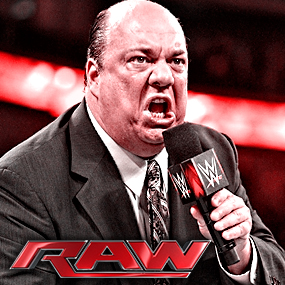 Our boss had an idea. Tell Roman Reigns, to his face, how great the Samoan bad ass truly is. And boy oh boy did Paul lay it on thick. And then Roman had a reply, a reply that he probably wants Paul to take back to Brock Lesnar. A reply that sets Roman apart from everyone else. According to WWE.com:

The furious orations of Paul Heyman have been must-see TV over the last two weeks. He’s all but set fire to the curtain separating the WWE Universe from the behind-the-scenes action of sports-entertainment, while simultaneously hyping the WrestleMania main event between Brock Lesnar and Roman Reigns to near-biblical proportions. But the advocate for The One in 21-1 may have finally bitten off more than he can chew. His newest missive brought Reigns himself to the ring with his latest mantra emblazoned across his chest and fire in his belly as he sent a message to Lesnar that, despite whatever Heyman says, he can and will dethrone The Beast Incarnate at WrestleMania. The best part is, next week, Reigns will have the chance to say that to The Conqueror’s face.

Of course, we’re HustleTweeting about Wrestlemania and the WWE Champion, Brock Lesnar and you are more than welcome to join by following the Hustle on Twitter HERE or write to us directly at hustleoncrave@gmail.com Hey, have you checked out the Hustle’s Ultra High Quality You Tube Channel, with exclusive videos featuring OUR WORLD EXCLUSIVE WITH MIKE TYSON … BROCK LESNAR’S “HERE COMES THE PAIN” … ICE-T AND COCO’s SEX SECRETS … MMA BAD BOY NICK DIAZ … the list goes on and on, so if you’re not subscribing, you’re missing something … and by the ways cheapos, it’s FREE! Yes, absolutely 100 percent FREE! What are you waiting for? Check it out HERE!

CLICK ON THE PICS BELOW TO SEE THE ENTIRE OFFICIAL
WWE PHOTO GALLERY FEATURING PAUL HEYMAN AND ROMAN REIGNS!

“NO ONE CAN STOP BROCK LESNAR!” 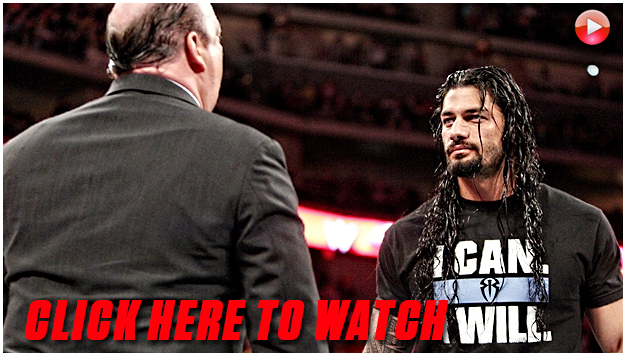