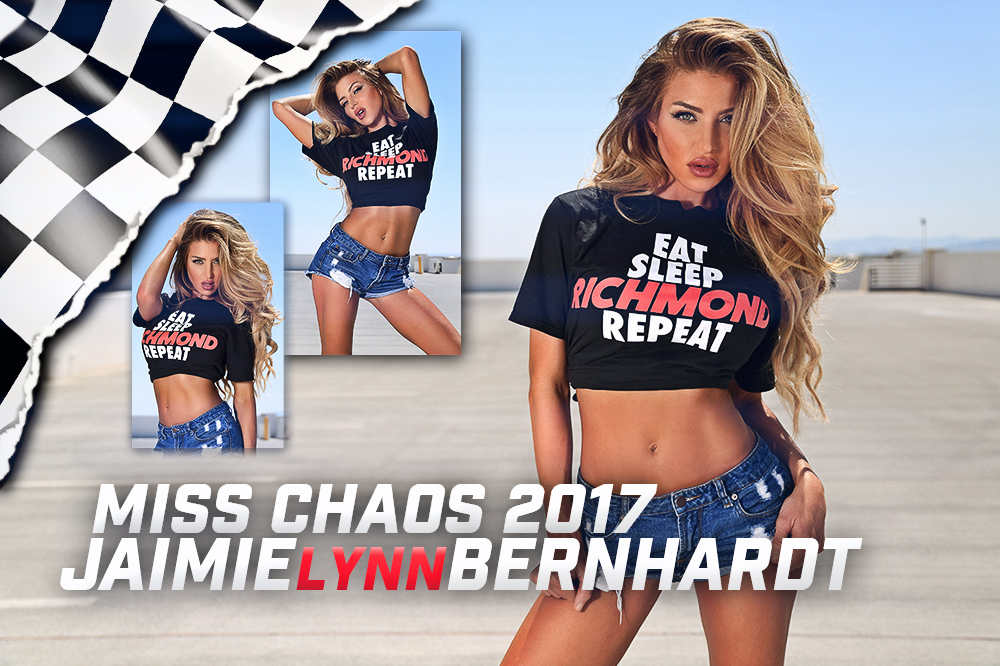 (Richmond, Virginia) — #HustleBootyTempTats supermodel Jaimie Lynn Bernhardt has been named the inaugural Miss Chaos, a title bestowed upon her as part of the marketing campaign for the Federated Auto Parts 400 mega-event over the Who’s Your Driver NASCAR race weekend at Richmond Raceway on September 8 and 9.

“We were all taken aback at how intense the voting was in the final days,” noted Richmond Raceway Vice President Mike Waddell. “Jaimie is a perfect fit for our Chaos at Every Corner campaign, and we look forward to having her as part of the biggest event in track history next month.”

BUY YOUR TICKETS TO NASCAR’s FEDERATED AUTO PARTS 400 IN RICHMOND!

There is much more to come on #HustleBootyTempTats supermodel Jaimie Lynn Bernhardt being named Miss Chaos, and we’re HustleTweeting about this breaking news right now. Feel free to join us on the Hustle Twitter HERE and also on our hyper-interactive Facebook page HERE!