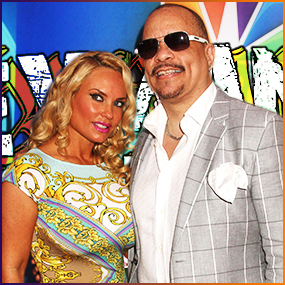 The OG of Cool and His Badonkadonkalicious Wife Get Ready For Fox TV!

As August 3rd draws near, Ice-T and Coco are about to be more visible than ever, as the two start getting the word out about their upcoming daytime talk show, to be aired on Fox stations across the country.The show, which will called “Ice and Coco” which will air across Fox stations as a three-week daily test.

“We see this as another attempt to do something different … big personalities, new to the daypart,”  stated Frank Cicha, SVP of programming, Fox Television Stations, “Ice-T helped change popular culture. We’re trying to do the same thing for daytime.”

Of course, we’re HustleTweeting about Ice and Coco, and you’re more than welcome join the conversation by following us on twitter HERE or write to us directly at hustleoncrave@gmail.com Hey, have you checked out the Hustle’s Ultra High Quality You Tube Channel, with exclusive videos featuring OUR WORLD EXCLUSIVE WITH MIKE TYSON … BROCK LESNAR’S “HERE COMES THE PAIN” … ICE-T AND COCO’s SEX SECRETS … MMA BAD BOY NICK DIAZ … the list goes on and on, so if you’re not subscribing, you’re missing something … and by the ways cheapos, it’s FREE! Yes, absolutely 100 percent FREE! What are you waiting for? Check it out HERE!

CCLICK ON THE PICS BELOW TO SEE THE ENTIRE PHOTO GALLERY FEATURING “THE OG OF COOL” ICE-T AND COCO PROMOTING THEIR NEW SHOW! 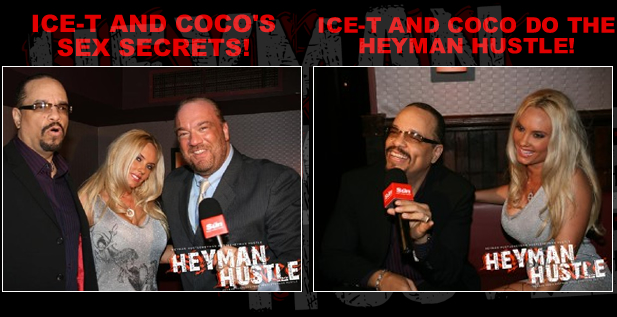