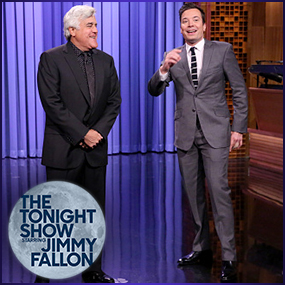 The Former Tonight Show Host Steps In To Do a Monologue!

“I think I pulled a hammy, I think I’m gonna sub out!”

So said the recently-injury-prone host of The Tonight Show, the amazing Jimmy Fallon, who then turned his monologue over to his predecessor Jay Leno (who is doing everything … obviously … to promote his new CNBC show Jay Leno’s Garage). Leno proceeded to tell jokes about Ralph Nader, Martin O’Malley, Marco Rubio, Hillary Clinton, Bernie Sanders, Jeb Bush, and, of course, Donald Trump. Then came jokes about Osama Bin Laden, and Obamacare, but the highlight was Leno and Fallon teaming up with each other.

Of course, we’re HustleTweeting about Jay Leno Doing a Tonight Show Monologue, and you’re more than welcome to join by following the Hustle on Twitter HERE or write to us directly at hustleoncrave@gmail.com Hey, have you checked out the Hustle’s Ultra High Quality You Tube Channel, with exclusive videos featuring the #HUSTLEBOOTYTEMPTATS SUPERMODEL OF THE YEAR … OUR WORLD EXCLUSIVE WITH MIKE TYSON … BROCK LESNAR’S “HERE COMES THE PAIN” … ICE-T AND COCO’s SEX SECRETS … MMA BAD BOY NICK DIAZ … the list goes on and on, so if you’re not subscribing, you’re missing something … and by the ways cheapos, it’s FREE! Yes, absolutely 100 percent FREE! What are you waiting for? Check it out HERE!

CLICK ON THE PICS BELOW TO SEE THE ENTIRE PHOTO GALLERY FEATURING JAY LENO’S RETURN TO THE TONIGHT SHOW! 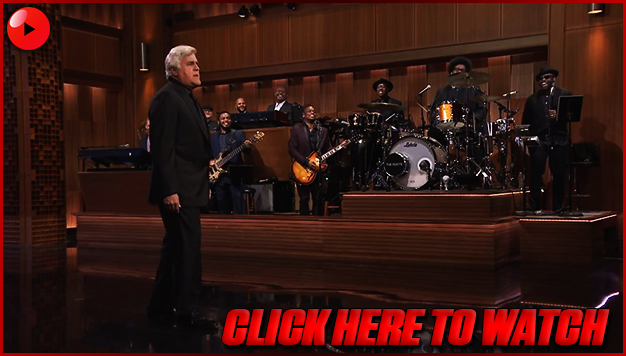