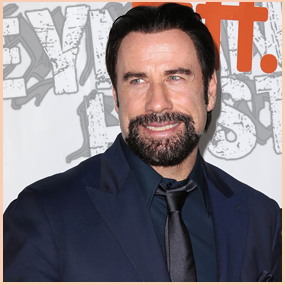 The Hustle Booty Temp Tats Super Model of the Year Accepts The Challenge From Our Very Own Hustler De Tuti Hustlers Paul Heyman!

John Travolta arrived in Toronto to promote his role in the movie “The Forger” and held nothing back when speaking with the media. “I’ve experienced so much tragedy in my life, I didn’t feel the need to explore it any more,” Travolta said during the media conference. “Tragedy is something I am very familiar with, so I did not need to research that.”

It should be noted, however, that Travolta was talking in a quiet, reverential voice … and was neither maudlin nor self-pitying. This is a man who has comes to terms with the vagaries of life and death. In 1977, he had become a young superstar, a smash sensation on “Welcome Back Kotter” and destined for legendary status with “Saturday Night Fever” but his then-lover, actress Diana Hyland (who was several years older than Travolta), died of breast cancer. More recently in 2009, his autistic son Jett died of a seizure on a Christmas vacation in the Bahamas, with Travolta forced to deal with a multi-million dollar extortion plot in the wake of that tragedy. On Friday in Toronto, the now-60-year-old Travolta did not need to provide details. The calm sadness in his voice told all.

Instead, he said, his main challenge in this film was following through on researching the criminal activity of the title character he plays in The Forger: He is a man jailed for reproducing the works of the masters.

“I was actually more concerned with the authenticity of my painting,” Travolta explained. Before working with director Philip Martin, Travolta studied painting technique in Hong Kong and the U.S. and then visited celebrated forgers in the U.S. and France, learning the secrets of the trade.

“I have an affinity for painting but mostly I needed to feel what it was like to be under the gun to paint,” he stated.  “I started my own Monet (a reproduction of Woman with a Parasol) at the beginning of the film during the rehearsal, and it took the whole film to finish it. It’s in my cell phone if you want to see it. Mostly it was to feel what the pressure was like. I just needed enough of the taste of the pressure.”

Travolta’s appearance at the festival has been a huge discussion in Toronto, as it appears as though Travolta (now in the midst of several scandals involving his personal life) has resigned himself to his tabloid-fodder-existence, and has found an outlet in this movie to express his sorrow over his lot in life. Of course, we’re HustleTweeting about John Travolta, and you’re more than welcome to join the conversation by following us on twitter HERE or write to us directly at hustleoncrave@gmail.com Hey, have you checked out the Hustle’s Ultra High Quality You Tube Channel, with exclusive videos featuring OUR WORLD EXCLUSIVE WITH MIKE TYSON … BROCK LESNAR’S “HERE COMES THE PAIN” … ICE-T AND COCO’s SEX SECRETS … MMA BAD BOY NICK DIAZ … the list goes on and on, so if you’re not subscribing, you’re missing something … and by the ways cheapos, it’s FREE! Yes, absolutely 100 percent FREE! What are you waiting for? Check it out HERE! By the way, we’re also old school social networkers, so check out our interactive skills on Facebook HERE and even on MySpace HERE. If you’re on Friendster, GFY … and have a pleasant tomorrow!

CLICK ON THE PICS BELOW TO SEE THE ENTIRE PHOTO GALLERY
FEATURING JOHN TRAVOLTA AT THE TORONTO INTERNATIONAL FILM FESTIVAL!