Katelyn Runck at the Hard Rock Hotel and Casino Las Vegas: Why Go Anywhere Else? 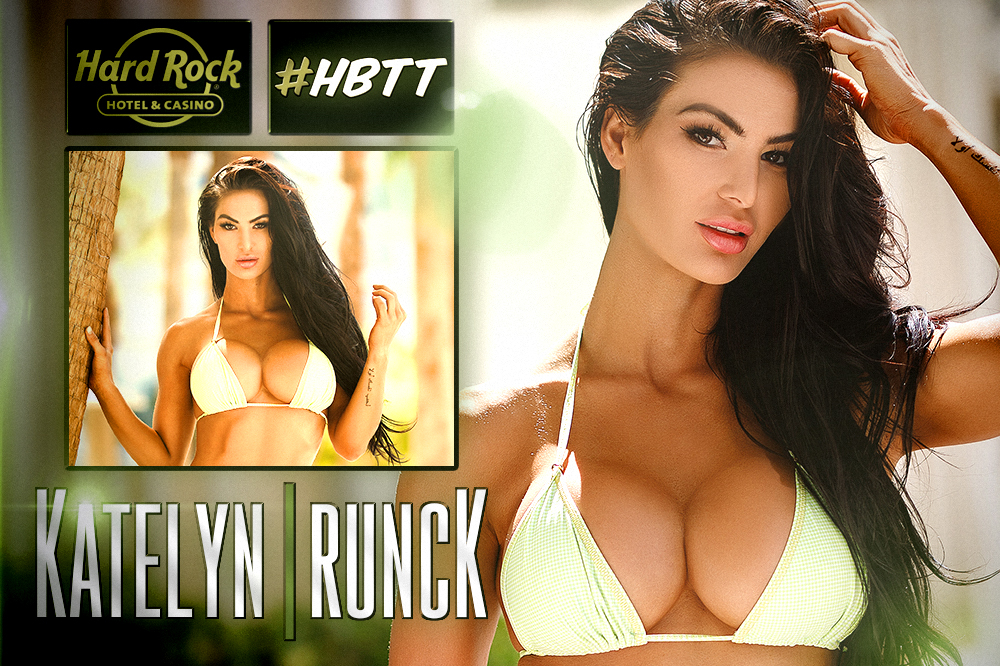 Katelyn Runck has an impressive resume. She’s been a world class runway model signed with Factor / Elite; a wellness guru that people fly from around the world to meet; an NPC competitor and WBFF Fitness Pro with a rabid fan base; and now, a #HustleBootyTempTats supermodel, complete with her own WHY GO ANYWHERE ELSE? campaign by the Looking4Larry Agency (parent company to the Hustle) for the Hard Rock Hotel and Casino Las Vegas.

“Katelyn is awesome, it’s a true pleasure working with her,” noted documentarian Ary Dalton, who covered Katelyn’s arrival at the Hard Rock in this EXCLUSIVE YouTube video! “Katelyn has a super intense drive, which is how she created one of the world’s most famous fitness bodies … and that intensity is on display when she arrives on set. Katelyn puts in an extraordinary effort not just during each photo shoot, but for every single shot. It’s so motivating to work with someone who takes that much pride in her own brand!”

We’re HustleTweeting about #HustleBootyTempTats supermodel Katelyn Runck, and you’re more than welcome to join the conversation by following the Hustle on Twitter HERE or by hitting LIKE on our hyper-interactive Facebook page HERE!