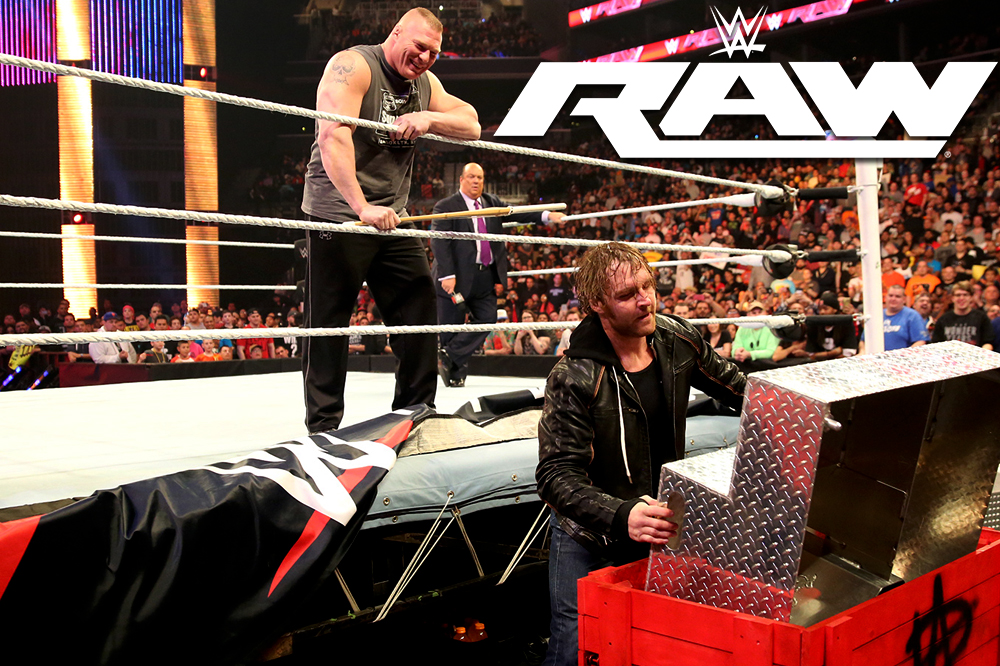 WWE Monday Night RAW blasts out from Brooklyn, New York, with Brock Lesnar, Paul Heyman and Dean Ambrose all making statements in their own way!

Last night’s WWE Monday Night Raw marked the final stop on the Road to Wrestlemania 32. In front of a rabid Brooklyn crowd at the Barclays Center, The Beast and his advocate, our boss Paul Heyman, made one final statement heading into Sunday. The Hustler De Tuti Hustlers himself delivered a tirade with WrestleMania conviction:

“I serve as the advocate not for the baddest man, not for the baddest dude, but for the baddest BEAST on the face of the planet today: BBBBRRRRROCK.. LLLLLEESSSNAAAARRRR!! My job tonight is to hype you on the fact that you’re 6 days away. This Sunday night at WrestleMania, you have one of those rare opportunities to see a once ever fighter, a once ever athlete. At his peak. In his prime. Do his thing. Perform at a level not one single member of that locker room can even hope to achieve”, The Advocate of The Anomaly proclaimed to the WWE Universe.

Despite giving credit where credit is due, namely to Dean Ambrose for being “as crazy as a fox”, and laying out the supreme opportunity that lies before him in Dallas, things were made perfectly clear of what exactly awaits Ambrose on WWE’s Grandest Stage…

“My client Brock Lesnar is fully prepared to give Dean Ambrose the defining WrestleMania moment, not of this year, not of this generation, but of a lifetime. When Dr. Brock Lesnar takes every single one of those politically incorrect weapons and performs a most public colonoscopy on Dean Ambrose in the middle of the ring at WrestleMania! I told this to ya two years ago, I’ll tell it to you again tonight. This is not a prediction, this is a spoiler! This Sunday night, your winner at WrestleMania: AND STILL.. reigning, defending, undisputed ‘Lord, God and Master of the No-Holds-Barred Street Fight’–“,

but before The Beast’s name could violently escape our boss’s mouth, he would be interrupted by The Lunatic Fringe, pulling an empty wagon along behind him. Ambrose would make his way down the ramp, rounding the ring and proceeding to pull a series of “extreme equalizers” (or, politically incorrect as it may be, a series of .. ahem.. “weapons”) out from underneath it, filling up the wagon all while paying zero attention to the seemingly amused, smirking Conqueror inside the squared circle.

Following the carnage in which he took out both Dean Ambrose and The Wyatt Family on SmackDown, Brock Lesnar came to Raw. The outspoken Paul Heyman made it clear that not even a lunatic could survive against Lesnar in a No Holds Barred Street Fight. The Beast would take the weapons available to him and perform an unpleasant procedure on Dean Ambrose.

Ambrose soon interrupted with a wagon, completely ignoring The Conqueror as he proceeded to fill it with a crowbar, a steel pipe, nun chucks, “Barbie” the barbed wire baseball bat from Mick Foley, the chainsaw from Terry Funk and the top portion of the ring steps.

With no eye contact, much less a single word exchanged between the two, the defiant Ambrose would make his way back up the ramp and to the backstage area, pulling along his assembled arsenal and leaving The Beast and The Advocate inside the ring. With that, the stage is now set and WrestleMania fever has gripped the world once again. The Show of Shows takes place LIVE this Sunday night in Dallas and the No-Holds-Barred Street Fight between ‘The Beast’ Brock Lesnar and Dean Ambrose threatens to reduce AT&T Stadium to rubble.

Check out this photo gallery from the “go home” show before WrestleMania 32: 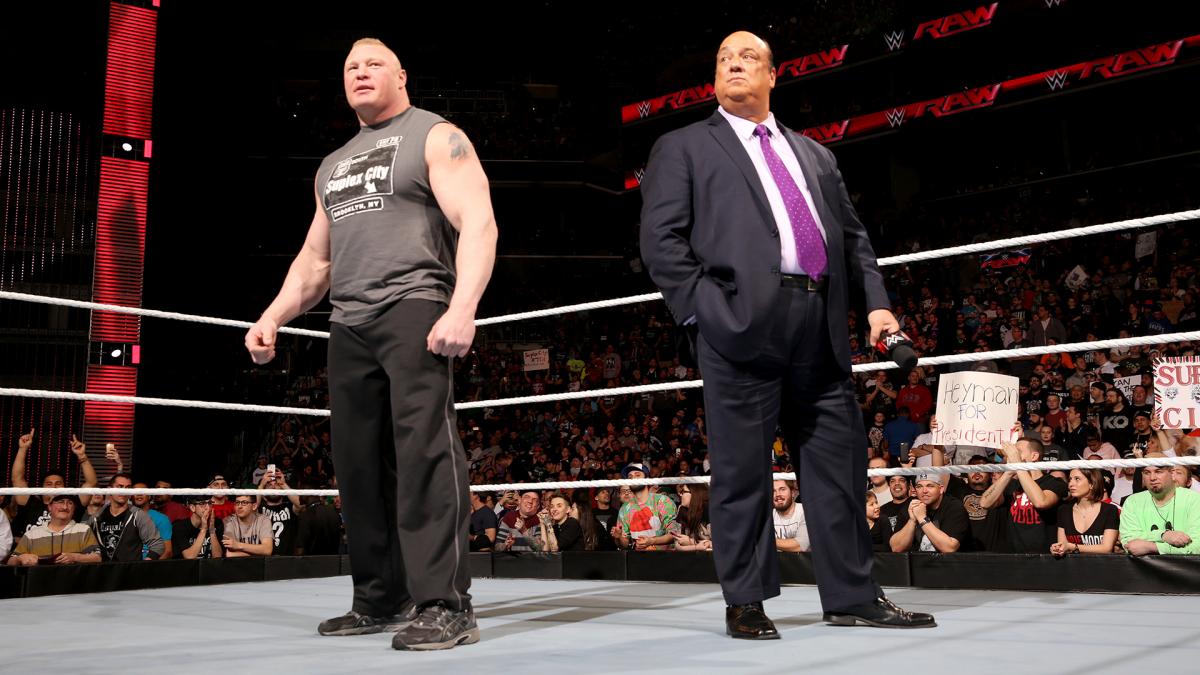