Looking For LinSANITY in All The Wrong Places 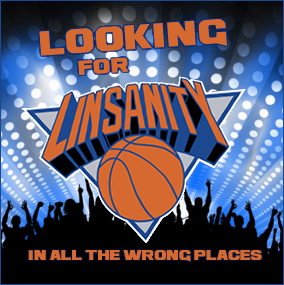 It Was a Long Weekend for The Heyman Hustle’s Own Hollywood Charlie … Here’s His Cabaret Confession!

There’s a Gentlemen’s Club in New York City. It’s rather well known, and with very good reason. It’s the hottest place in town. The name is Rick’s Cabaret, and yes … you’ve read about them HERE on the Hustle before.

Rick’s has a sweet deal for anyone who has caught THE LinSANITY SWEEPING NEW YORK CITY: Anyone who shows up after a Knicks game with a ticket stub to that night’s game, gets into the club for free. No cover charge. Gratis. Come right the F on it.

“We love the Knicks, and Jeremy Lin is amazing,” said Sky, one of the many uber-hotties who ended up shaking their LINsanely hot bodies in front of me on this particular evening. “He’s done so much for the team. I think everyone here in New York has got the LINsanity.”

That’s when Anna, who –yes, I will admit it right here, right now– also ended up shaking her Knickerbockers at me on this particular trip to the Cabaret, added, “He’s LINvincible!”

Continuing on the path DAVID LETTERMAN POINTED OUT IN REGARDS TO THE MEDIA’S OVER-USE OF ALL THE “LIN” HEADLINES, Anna stated “I would like a LINtroduction to him!”

She wasn’t done. I like this girl. “I find him LINtriguing!”

I wanted to end the story on that note, since I liked it so much, but then Anna topped herself again.

Of course, we’re HustleTweeting about Jeremy Lin, Rick’s Cabaret, and the LINsanity sweeping the sports world, and you’re more than welcome to join the conversation b following THE HEYMAN HUSTLE on Twitter HERE or write to us directly at hustleoncrave@gmail.com  Hey, have you checked out the Hustle’s Ultra High Quality You Tube Channel, with  exclusive videos featuring BROCK LESNAR’S “HERE COMES THE PAIN”  … ICE-T AND COCO’s SEX SECRETS … THE ULTIMATE WELTERWEIGHT BAD ASS NICK DIAZ … CONTROVERSIAL TEEN SENSATION TAYLOR MOMSEN … LEGENDARY MMA PIONEER FRANK SHAMROCK … THE WALKING RIOT MISSY HYATT … if you’re not subscribing, you’re missing something … and by the ways cheapos, it’s FREE! Yes, absolutely 100 percent FREE! What are you waiting for? Check it out HERE!

CLICK ON THE PICS BELOW TO SEE THE LinSANE GREETING
YOU HAVE AWAITING YOU AT RICK’S CABARET IN NEW YORK CITY! 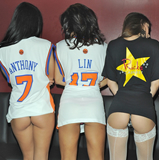