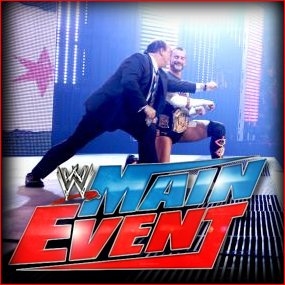 WWE Champion CM Punk’s quest for respect highlighted the debut main event of ION Television’s newest weekly extravaganza. Before the contest, The Second City Saint emphasized the fact that he has defeated John Cena four times in the past year but still does not garner the respect he expects, so defeating the “other” champion would satisfy him. Sheamus retorted by telling Matt Striker of his own plans to silence the WWE Champion with a boot to the face.

As the contest got underway, it quickly became crystal clear why these two ring warriors carry the most coveted prizes in sports-entertainment. Sheamus’ strategy consisted of using his brute strength to keep the WWE Champion at bay, while Punk’s resiliency and agility frustrated the powerful Celtic Warrior on numerous occasions. Momentum swings were fairly even and many near falls kept WWE Universe members on the edge of their seats. Watching from ringside with an equal blend of arrogance and trepidation was Paul Heyman, hoping his guy — CM Punk — would emerge victorious.

During the course of the battle, Punk accidentally pulled off one of the turnbuckle covers, leaving the steel support exposed. As the match wore on and the two champions clashed seemingly to a stalemate, The Straight Edge Superstar noticed the exposed turnbuckle. When The Great White moved to execute the Brogue Kick, Punk ducked and tripped his opponent head first into the unprotected steel. Immediately going for the pinfall, the WWE Champion grabbed Sheamus’ tights for extra leverage and the victory. Punk’s win marked the first time since April 23, 2012, that Sheamus has been pinned — only the second time all year.

It took an exposed turnbuckle and a questionable pinfall tactic for Punk to secure the win, a fact that the World Heavyweight Champion emphasized in a post-match interview. CM Punk may have defeated The Great White, but his dubious methods may not earn him the respect he demands.

Of course we’re HustleTweeting abut Main Event and you’re more than welcome to join the conversation by following THE HEYMAN HUSTLE on Twitter HERE or write to us directly at hustleoncrave@gmail.com  Hey, have you checked out the Hustle’s Ultra High Quality You Tube Channel, with exclusive videos featuring OUR WORLD EXCLUSIVE WITH MIKE TYSON … BROCK LESNAR’S “HERE COMES THE PAIN” … ICE-T AND COCO’s SEX SECRETS … TEEN SENSATION TAYLOR MOMSEN … UFC BAD BOY NICK DIAZ … THE WALKING RIOT MISSY HYATT if you’re not subscribing, you’re missing something … and by the ways cheapos, it’s FREE! Yes, absolutely 100 percent FREE! What are you waiting for? Check it out HERE!

CLICK ON THE PICS BELOW TO SEE THE ENTIRE GALLERY FEATURING WWE’s
OFFICIAL DOCUMENTATION OF CM PUNK VS SHEAMUS ON THE MAIN EVENT! 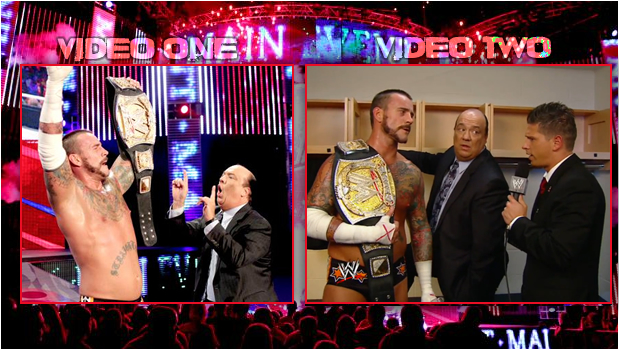