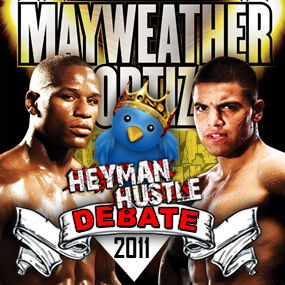 Prev1 of 3Next
Use your ← → (arrow) keys to browse
Our HustleTweeters Witness An Intense Debate Involving Paul Heyman, Ariel Helwani, MVP, and Shane Helms Regarding HBO’s Controversial Mayweather vs Ortiz 24/7!

A wild discussion broke out on Twitter over the weekend regarding HBO’s buildup to the Floyd Mayweather vs Victor Ortiz pay per view on September 17th.

Our own Hustler De Tuti Hustler Paul Heyman liked episode 1 of the HBO 24/7 series building up the fight, especially the part with Floyd Sr and “Money May” almost coming to blows at the end of the show.

MMA’s number one journalist Ariel Helwani didn’t agree, and the debate was on. Of course, this is the type of discussion you’ll find all the time if you’re a HustleTweeter. Why be left out in the cold? Join the conversation by following THE HEYMAN HUSTLE on Twitter HERE or write to us directly at hustleoncrave@gmail.com 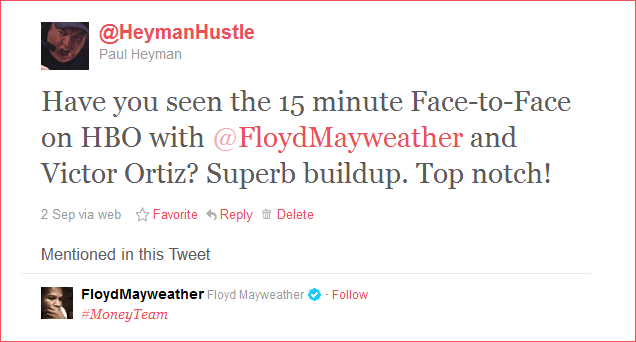 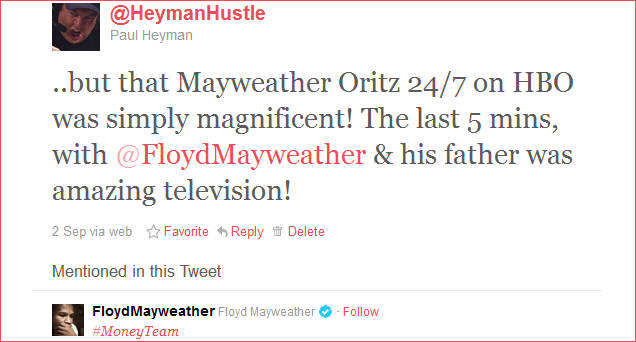 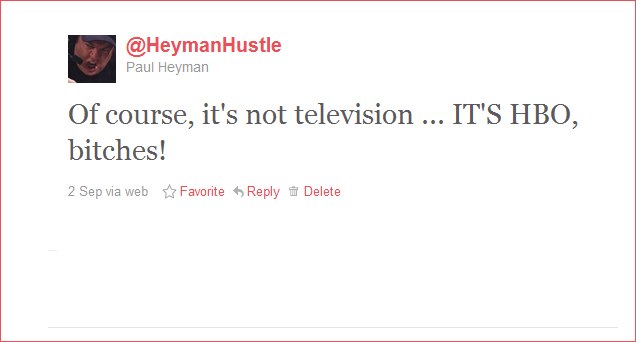 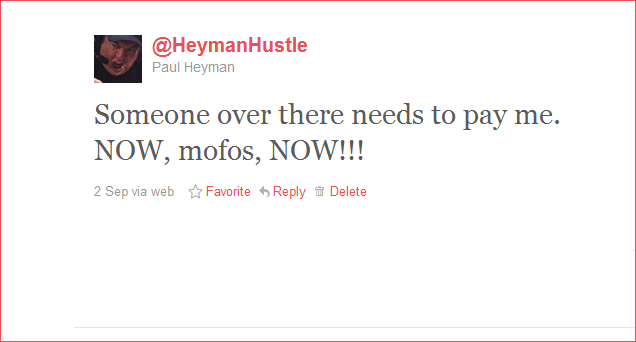