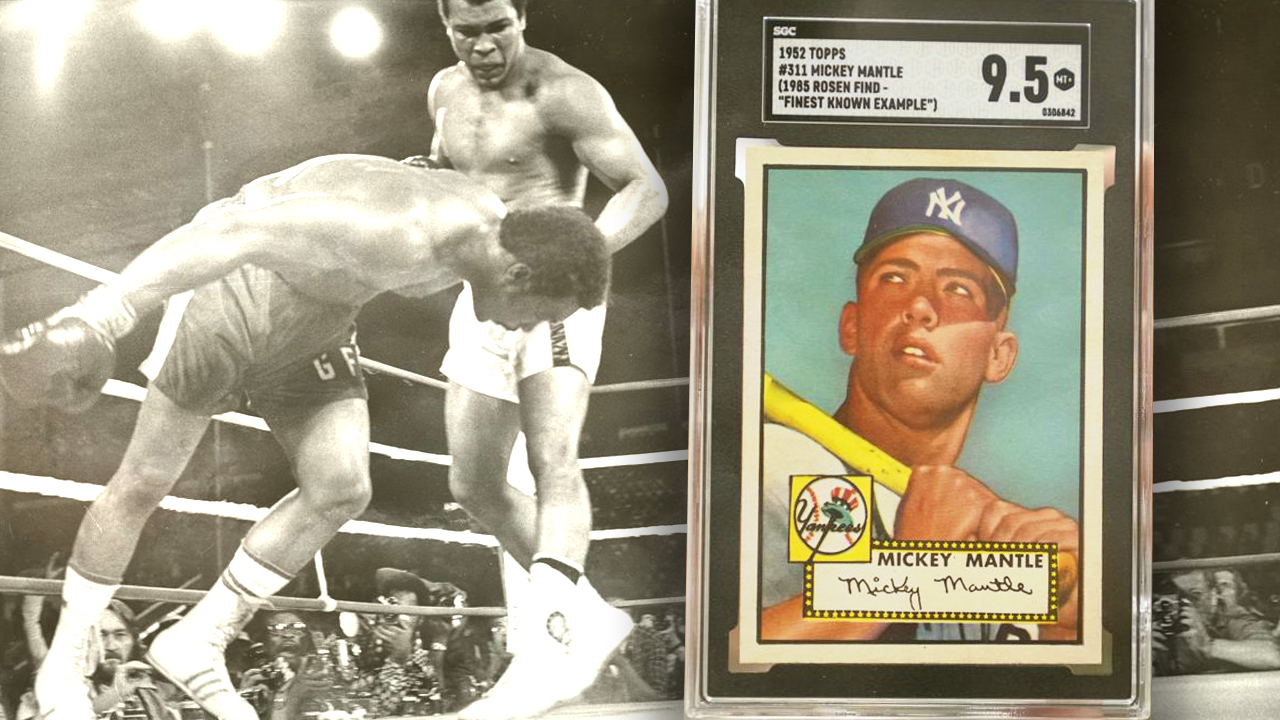 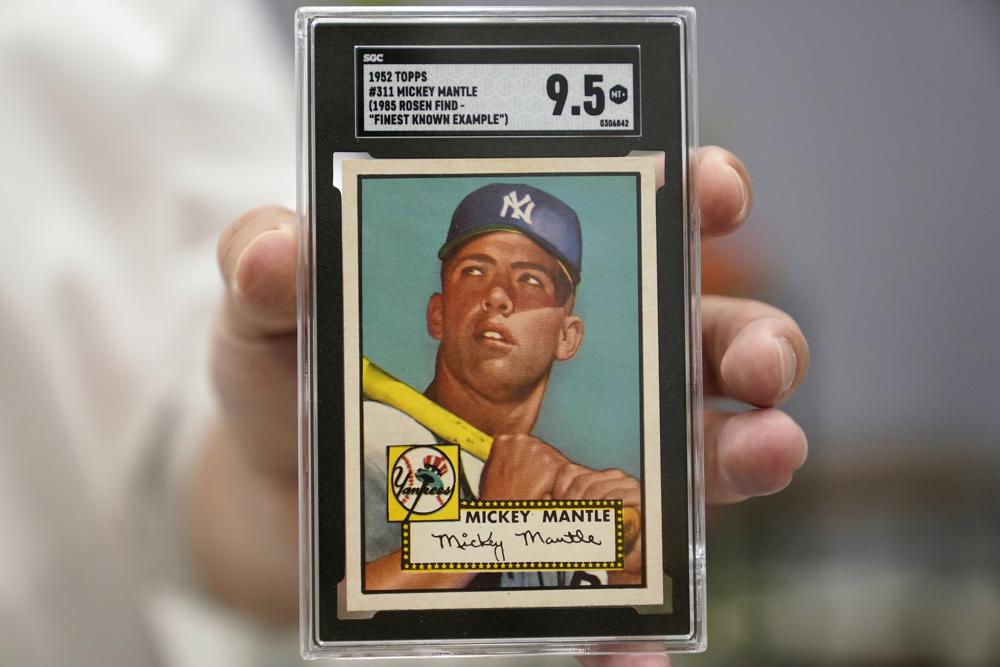 A mint condition Mickey Mantle baseball card sold for $12.6 million Sunday, immediately becoming the new record for sports memorabilia, a market that has exploded in the past few years.

The new record comes on the heels of the $9.3 million for the jersey worn by Diego Maradona when he scored the contentious “Hand of God” goal in soccer’s 1986 World Cup. It also surpasses the $7.25 million for a century-old Honus Wagner baseball card recently sold in a private sale.

And just last month, the heavyweight boxing belt reclaimed by Muhammad Ali during 1974′s “Rumble in the Jungle” sold for nearly $6.2 million.

According to The Associated Press:

Prices have risen not just for the rarest items, but also for pieces that might have been collecting dust in garages and attics. Many of those items make it onto consumer auction sites like eBay, while others are put up for bidding by auction houses.

Because of its near-perfect condition and its legendary subject, the Mantle card was destined to be a top seller, said Chris Ivy, the director of sports auctions at Heritage Auctions, which ran the bidding.

Some saw collectibles as a hedge against inflation over the past couple years, he said, while others rekindled childhood passions.

Ivy said savvy investors saw inflation coming down the road — as it has. As a result, sports memorabilia became an alternative to traditional Wall Street investments or real estate — particularly among members of Generation X and older millennials.

“There’s only so much Netflix and ‘Tiger King’ people could watch (during the pandemic). So, you know, they were getting back into hobbies, and clearly sports collecting was a part of that,” said Ivy, who noted an uptick in calls among potential sellers.

Add to that interest from wealthy overseas collectors and you have a confluence of factors that made sports collectibles especially attractive, Ivy said.

“We’ve kind of started seeing some growth and some rise in the prices that led to some media coverage. And I think it all it all just kind of built upon itself,” he said. “I would say the beginning of the pandemic really added gasoline to that fire.”

Before the pandemic, the sports memorabilia market was estimated at more than $5.4 billion, according to a 2018 Forbes interview with David Yoken, the founder of Collectable.com.

By 2021, that market had grown to $26 billion, according to the research firm Market Decipher, which predicts the market will grow astronomically to $227 billion within a decade — partly fueled by the rise of so-called NFTs, or non-fungible tokens, which are digital collectibles with unique data-encrypted fingerprints.

Sports cards have been especially in demand, as people spent more time at home and an opportunity arose to rummage through potential treasure troves of childhood memories, including old comic books and small stacks of bubble gum cards featuring marquee sports stars.

That lure of making money on something that might be sitting in one’s childhood basement has been irresistible, according to Stephen Fishler, founder of ComicConnect, who has watched the growing rise — and profitability — of collectibles being traded across auction houses.

“In a nutshell, the world of modern sports cards has been going bonkers,” he said.

The Mantle baseball card dates from 1952 and is widely regarded as one of just a handful of the baseball legend in near-perfect condition.

The auction netted a handsome profit for Anthony Giordano, a New Jersey waste management entrepreneur who bought it for $50,000 at a New York City show in 1991.

“As soon as it hit 10 million I just turned in. I couldn’t keep my eyes open anymore,” Giordano, 75, said Sunday morning. His sons monitored the auction for him. “They stayed up and called me this morning bright and early to tell me that it reached where it reached.”

The card was one of dozens of sports collectibles up for auction. In all, the items raked in some $28 million, according to Derek Grady, the executive vice president of sports auctions for Heritage Auctions.

“Sports collectibles are finally getting their due as an investment,” Grady said. “The best sports items are now starting to rival artwork, rare coins and rare artifacts as a great investment vehicle.”

The switch-hitting Mantle was a Triple Crown winner in 1956, a three-time American League MVP and a seven-time World Series champion. The Hall of Famer died in 1995.

“Some people might say it’s just a baseball card. Who cares? It’s just a Picasso. It’s just a Rembrandt to other people. It’s a thing of art for some people,” said John Holden, a professor in sports management law at Oklahoma State and amateur sports card collector.

Like pieces of art that have no intrinsic value, he said, when it comes to sports cards, the worth is in the eye of the beholder — or the pocketbook of the potential bidder.

“The value,” Holden said, “is whatever the market’s willing to support.”

We’re HustleTweeting about sports memorabilia, and you’re more than welcome to join the conversation on the Hustle Twitter HERE … on our ridiculously sensational Instagram HERE … or on our Facebook page HERE!