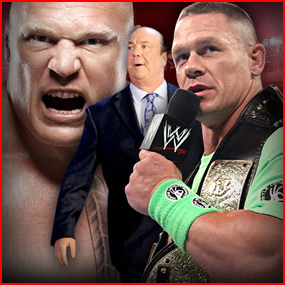 Fans in Houston, Texas experienced it live. Around the world, a global television audience got to witness history!

WWE World Heavyweight Champion John Cena came out to the ring in Houston, Texas to announce that 40 men have been able to attain the honor of being the WWE Champion, but only one Beast has conquered The Streak. And then our Boss came out. And then Cena got ramped. It was nothing short of epic. As we count down the days to WWE SummerSlam, this match gets hotter and hotter and hotter by the moment! According to WWE.com:

HOUSTON – John Cena has a problem, and that problem goes by the name of Brock Lesnar. With The Beast Incarnate named the No. 1 contender to Cena’s WWE World Heavyweight Championship and The Champ is staring down “the beating of a lifetime,” Cena broke his silence to the WWE Universe and addressed the seriousness of the coming match, though he promised to defeat The Anomaly when all was said and done.

Paul Heyman, of course, was not about to let the opportunity to one-up Cena pass by, but the mad scientist’s mouth seemed set to get him into some hot water before long. Enter Cesaro. Despite no longer being a Paul Heyman Guy, The Swiss Superman took issue with Cena’s treatment of his “friend” and challenged The Champ on behalf of his former advocate, who accepted the gesture with grace and … friendship? Who knew.

Of course, we’re HustleTweeting about Brock vs Cena at WWE SummerSlam, and you’re more than welcome to join the conversation by writing us on twitter HERE or write to us directly at hustleoncrave@gmail.com Hey, have you checked out the Hustle’s Ultra High Quality You Tube Channel, with exclusive videos featuring OUR WORLD EXCLUSIVE WITH MIKE TYSON … BROCK LESNAR’S “HERE COMES THE PAIN” … ICE-T AND COCO’s SEX SECRETS … MMA BAD BOY NICK DIAZ … the list goes on and on, so if you’re not subscribing, you’re missing something … and by the ways cheapos, it’s FREE! Yes, absolutely 100 percent FREE! What are you waiting for? Check it out HERE!

CLICK ON THE PICS BELOW TO SEE THE ENTIRE OFFICIAL PHOTO
GALLERY OF PAUL HEYMAN’S EPIC VERBAL JOUSTING WITH JOHN CENA!

HERE IT IS! THE ENTIRE HEYMAN VS CENA VERBAL CONFRONTATION! 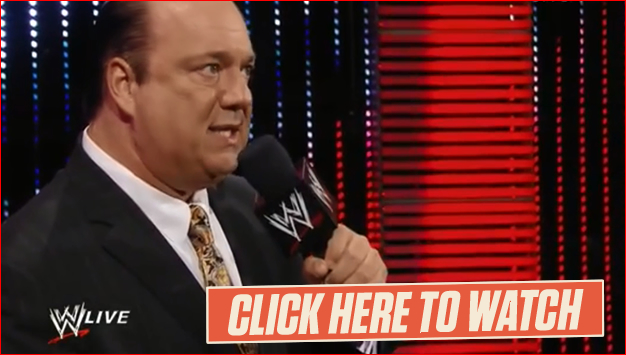