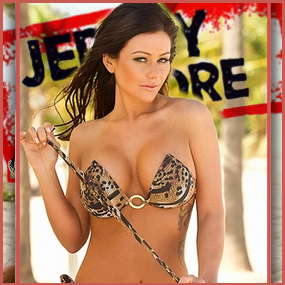 No More Guidos on Music Television? No Big Hair? Fake Boobies? Drunken Escapes? WTF? Dis is Unacceptable! Got a Problem with My Problem? Fuggedaboutit! 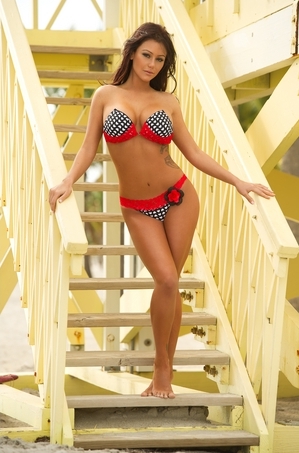 No More Guidos on Music Television? No Big Hair? Fake Boobies? Drunken Escapes? WTF? Dis is Unacceptable! Got a Problem with My Problem? Fuggedaboutit!

MTV has announced that after this upcoming sixth season (which premieres October 4th), “Jersey Shore” will be no more. The series did more for the Guido culture than Saturday Night Fever and The Wanderers combined, with the Seaside Heights party house giving birth to the over-extended 15 minutes of fame for JWOWW and her boobs, The Situation and his abs, Snooki and her stupidity, and the terms “Guido,” “Guidette,” and “Gym, Laundry, Tan!”

Premiering in December 2009, the show drew as many as 8 million viewers with zero taste in programming, whole spawning spinoffs like  “Snooki & JWoww” and “The Pauly D Project.”

But nothing lasts forever, and the shows ratings starting fading like a fake tan.

So as DJ Paulie D spins, and Snooki breast feeds her baby, and The Situation fist pumps at the gym, and JWOWW shows off her Boobaliciousness, we’ll look back at this time in American television with shame.

Did you think we’d have something nice to say about this show?

Of course, we’re HustleTweeting about “Jersey Shore,” and you’re more than welcome to join the conversation by following THE HEYMAN HUSTLE on Twitter HERE or write to us directly at hustleoncrave@gmail.com  Hey, have you checked out the Hustle’s Ultra High Quality You Tube Channel, with exclusive videos featuring OUR WORLD EXCLUSIVE WITH MIKE TYSON … BROCK LESNAR’S “HERE COMES THE PAIN” … ICE-T AND COCO’s SEX SECRETS … TEEN SENSATION TAYLOR MOMSEN … UFC BAD BOY NICK DIAZ … THE WALKING RIOT MISSY HYATT if you’re not subscribing, you’re missing something … and by the ways cheapos, it’s FREE! Yes, absolutely 100 percent FREE! What are you waiting for? Check it out HERE!

CLICK ON THE PICS BELOW TO SEE THE ENTIRE SPECTACULAR GALLERY
OF “JERSEY SHORE” SENSATION JWOWW’S BIKINI FASHION PHOTO SHOOT! 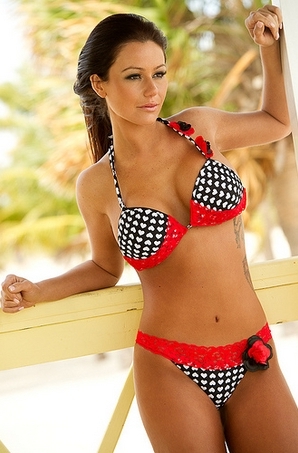