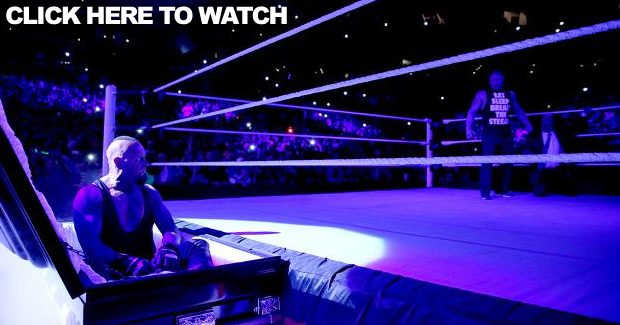 A Shocking Revelation From UFC’s Most Outspoken and Controversial Fighter!

Chael Sonnen shocked the entire UFC community and WWE universe in one fell swoop when he revealed our very own Hustler De Tuti Hustlers Paul Heyman saved The Ultimate Fighter Brazil, which became a show spiraling out of control due to the actions (and lack thereof) of Wanderlei Silva. Amazing story.

When Chael Sonnen went to Brazil for nine weeks to coach the third season of The Ultimate Fighter Brazil, he thought he prepared himself for every possible scenario.
The basic concept of his run on the show was simple and natural. He was going to be hated, since Wanderlei Silva is a legendary older native fighter whose career and body of work speaks for itself. While it doesn’t happen every season, in the most notable seasons of The Ultimate Fighter, it comes down to conflicting coaches. While good guy and bad guy may sound and really is simplistic generally speaking, in conflict, fans will pick and choose. And in Brazil, they aren’t likely to be picking an American who was best known for unleashing verbal barrages against a national hero in Anderson Silva.

But very quickly, Sonnen was thrown for a loop. He sensed the roles were reversing, that Silva’s antics were going to make Sonnen popular in Brazil, something he didn’t think was how it should be. And it’s not what he wanted. While in Brazil, largely out of communication with the U.S. past the Internet, he went to someone for advice. He knew, given that everything on the show had to be kept confidential, he’d have to confide in someone he ultimately could trust, because he had signed non-disclosure agreements. Out of seven billion people on the face of the Earth, he chose Paul Heyman,

Paul Heyman is, if nothing else, a brilliant pro wrestling character. He was the mastermind behind Extreme Championship Wrestling in the 90s, and for the last 13 years, has worked on-and-off with World Wrestling Entertainment, at times behind-the-scenes, and at other times as a television character. He’s had a string of well-publicized real-life breakups and makeups with the ruling McMahon family. Those who know both would say there are a number of similarities between the Sonnen and Heyman, in that both are strong self-promoters with a gift of gab, and a way of talking themselves out of trouble.

Heyman is known by many in MMA, because he worked with Lesnar during his UFC run, and there was a solid  chance he would have wound up with a promotional position in Strikeforce before that company was sold to UFC.

“I’ve never met him, but I know what he’s done,” said Sonnen.  “He’s a little bit older than me, so I felt I could trust him. I’m breaking a confidentiality agreement but there were circumstances where I was jammed up and I had to make an executive decision.”

And while it may be an overstatement, Sonnen credits him for saving the season.

“It was crazy,” Sonnen said about his early interaction with Silva. “He gave me the silent treatment for ten days. I never knew what I’d get. It could be passive aggressive, aggressive, just passive, angry, or confrontational. Every day I had to take his temperature. I didn’t know what mood I was going to see him in. Some days he’d walk right past me, and that was a good day, with no shoulder bump, and no scowl. Some days I’m coming in and he would put in his mouthpiece, like we’re about to fight.”

“To say he was ruining the show may be extreme, but the interaction between he and I is an element of the show that’s important. There has to be the interaction of the coaches. It’s an important factor. I didn’t know what to do. I didn’t know how to handle this.  This is the same time I’m losing my grip  on my character as a heel. I can feel it slipping away. He’s being aggressive. He’s skipping practices. He’s partying. I don’t know what to do. I don’t know how to handle this.”

Sonnen said he was at a loss for how to overcome it, because at the time, he didn’t know if the Silva silent treatment would last another 50 days. So he got an e-mail address for Heyman, and contacted him. Heyman at first wondered if it was a practical joke, because while he certainly knew of Sonnen, he didn’t know him.

“Paul was a guy that even without knowing him, I knew I could trust him,” said Sonnen. “We have mutual friends, Brock Lesnar and (former pro wrestling headliner) C.M. Punk. I knew he was an expert in psychology and I was stuck, working through this spot, having to deal with this, him not talking to me and the reversal of roles that I didn’t see coming.”

“So not only should we thank Paul for the huge ratings, but we can also blame him for all the bad things.”

Sonnen said the entire time he was there, he was never sure there would be the big fight, mostly because Silva wasn’t training and he thought that was strange.

“My feeling going into it was that it was a little shaky,” said Sonnen. “My only piece of evidence is he wasn’t working out on the set of The Ultimate Fighter. The Ultimate Fighter gym is the best mixed martial arts gym, they spend top dollar for every piece of equipment you might need. Then the fight broke out and I know after I felt him, I was surprised.”

He was a little smaller, a little weaker and a little slower than I expected. He may have been surprised the other way.”

In the quick skirmish, Silva threw a wild punch, Sonnen ducked and took him down on the concrete. Silva said he injured both his hand and his back. He went to the hospital to get his hand checked out, since he threw bare knuckle punches from the bottom at Sonnen. Sonnen was sucker punched several times by Silva’s assistant coach, Andre Dida, while on top.

“I felt like I was okay, but I had dialog with some guys, including one guy in production the next day and he told me the dialog wasn’t coherent the next day. I told him a story that I thought was a pretty good story, but I wasn’t getting much of a reaction. He said, `The problem is, you told me the story yesterday.'”

Sonnen said his head certainly hurt, and he had some lumps, but he didn’t feel like he had to go to the hospital.
But Sonnen concedes that even though he got the better of the first physical altercation, the fight on July 5 in Las Vegas will be totally different. And while he’ll verbally take shots at Silva, he also recognizes the fight won’t be a day in the park.

“This won’t go down in a 30-second match,” he said. “We’re going to have to work hard. I can tease Wanderlei, but he’s got tremendous heart, he hits extremely hard, especially early. He’s a little wild, but if the shot lands, I’m not above being in trouble.”

Of course, we’re HustleTweeting about Chael Sonnen and Paul Heyman and you can join the conversation by writing us on twitter HERE or write to us directly at hustleoncrave@gmail.com Hey, have you checked out the Hustle’s Ultra High Quality You Tube Channel, with exclusive videos featuring OUR WORLD EXCLUSIVE WITH MIKE TYSON … BROCK LESNAR’S “HERE COMES THE PAIN” … ICE-T AND COCO’s SEX SECRETS … MMA BAD BOY NICK DIAZ … the list goes on and on, so if you’re not subscribing, you’re missing something … and by the ways cheapos, it’s FREE! Yes, absolutely 100 percent FREE! What are you waiting for? Check it out HERE!