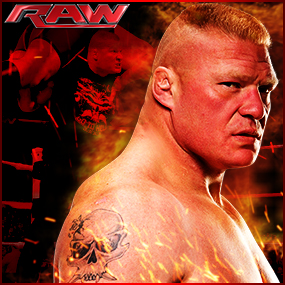 WWE Monday Night RAW opens with a bang … and a crash!

After the events that unfolded at THE WWE NETWORK SPECIAL LIVE FROM MADISON SQUARE GARDEN, the main attention of Brock Lesnar and his advocate / our boss Paul Heyman went squarely to WWE Hell in Cell, when Brock will fight The Undertaker in what Paul calls “a cage match of Ultimate consequences” … and what is being promised to be the very last time Brock and Undertaker will ever fight in a WWE ring again. So when the Hustler De Tuti Hustlers completed his case for a Lesnar victory, The Big Show surprised everyone with an appearance. An appearance, we might add, that was not met kindly by Brock Lesnar! According to WWE.com:

With Madison Square Garden now annexed into Suplex City, Brock Lesnar rolled into Boston looking to add another metropolis to his monstrous domain as part of the ongoing Go to Hell Tour. Whether Beantown now resides firmly within The Beast’s purview is a bit subjective, but there can be no doubt that Big Show, once again, underestimated The Conqueror, given what happened when the giant confronted Lesnar for the second time in three days.

Teasing a “man-to-man” message he felt the need to deliver in person, Show teased a handshake of respect for his across-the-years foe. When Lesnar brushed off the giant’s gesture, though, Big Show told him to enjoy his success until The Undertaker beats him at Hell in a Cell —  again. Bad move, big man: A belly-to-belly and an F-5 later, and Lesnar’s largest critic was silenced. Oh, and Seth Rollins was out a partner against The Dudley Boyz.

Of course, we’re HustleTweeting about Brock Lesnar and Paul Heyman, and you’re more than welcome to join by following the Hustle on Twitter HERE or write to us directly at hustleoncrave@gmail.com Hey, have you checked out the Hustle’s Ultra High Quality You Tube Channel, with exclusive videos featuring the #HUSTLEBOOTYTEMPTATS SUPERMODEL OF THE YEAR … OUR WORLD EXCLUSIVE WITH MIKE TYSON … BROCK LESNAR’S “HERE COMES THE PAIN” … ICE-T AND COCO’s SEX SECRETS … MMA BAD BOY NICK DIAZ … the list goes on and on, so if you’re not subscribing, you’re missing something … and by the ways cheapos, it’s FREE! Yes, absolutely 100 percent FREE! What are you waiting for? Check it out HERE!

CLICK ON THE PICS BELOW TO SEE THE ENTIRE OFFICIAL WWE PHOTO GALLERY FEATURING BROCK LESNAR, PAUL HEYMAN AND THE BIG SHOW! 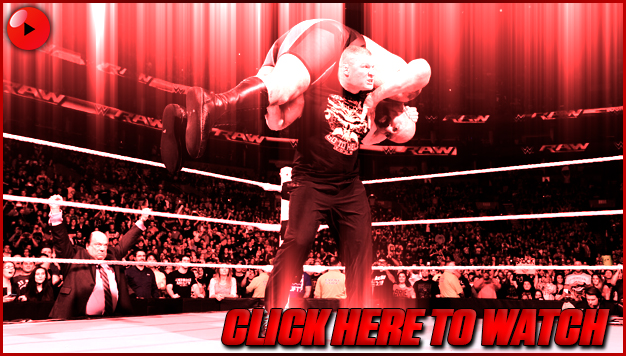