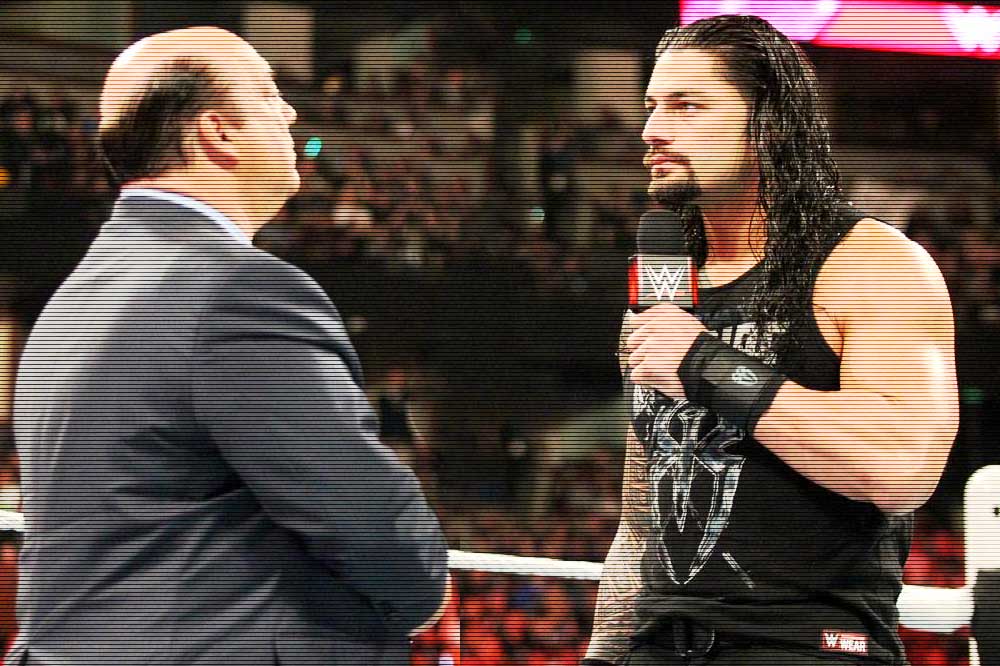 Paul Heyman has something to say … and he wants to say it straight to Roman Reigns’ face!

The Hustler De Tuti Hustlers, our boss Paul Heyman has tremendous respect for Roman Reigns. Which is why Paul didn’t want to stand center-ring at WWE Monday Night RAW and speak about Roman Reigns. He wanted to talk straight to Roman’s face. It made for a most interesting moment, as described by this report on WWE.com:

With all this focus on Dean Ambrose’s growing vendetta against Brock Lesnar in the Fastlane Triple Threat Match, the WWE Universe can be forgiven for thinking Paul Heyman had decided to sit this one out. Well, forget no more. In fact, rather than hype the match outright, Heyman beckoned The Big Dog for a face-off and attempted to worm his way into the former WWE World Heavyweight Champion’s head by predicting either the end of his dream or his friendship at Fastlane.

Reigns held fast, but once Heyman departed, The Dudley Boyz hit the ring for an unprovoked sneak attack on Reigns. It took the arrival of Ambrose to save Reigns, though it wasn’t so cut and dry as that. The Lunatic Fringe nearly planted Reigns with Dirty Deeds after the Dudleys retreated as a statement of how far he’s willing to go at Fastlane. A shocked Reigns took it in stride, but there’s no denying that Heyman may have had a point.

Check out these photos of the big confrontation from Monday Night RAW: 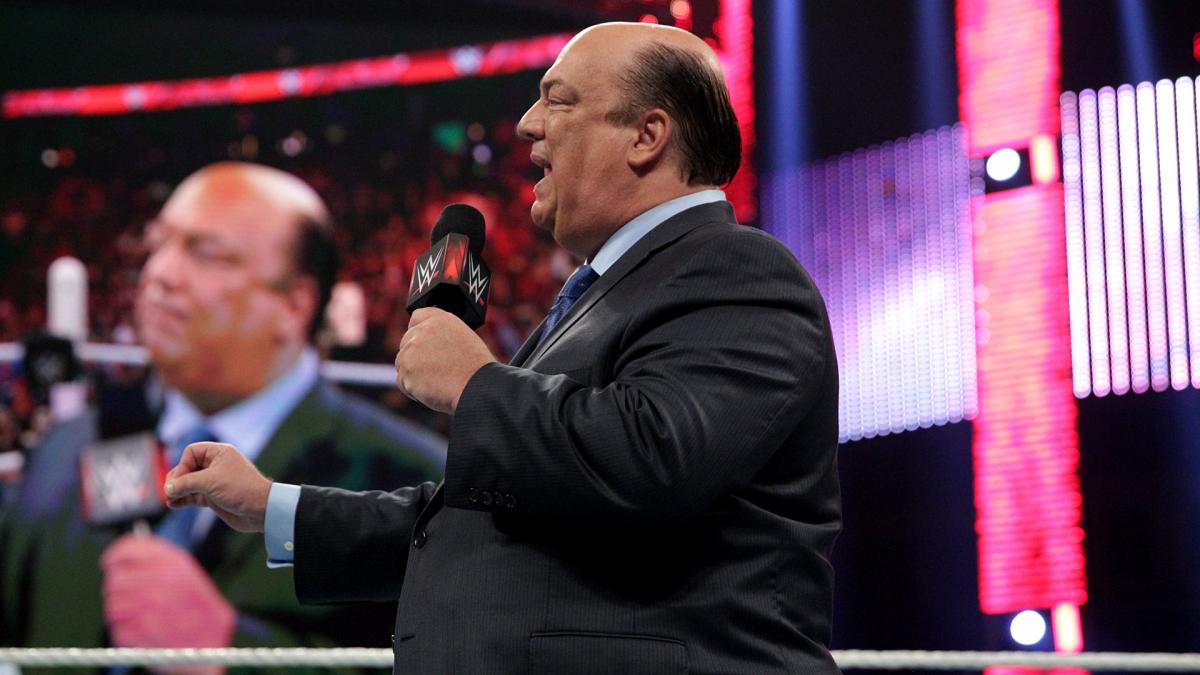 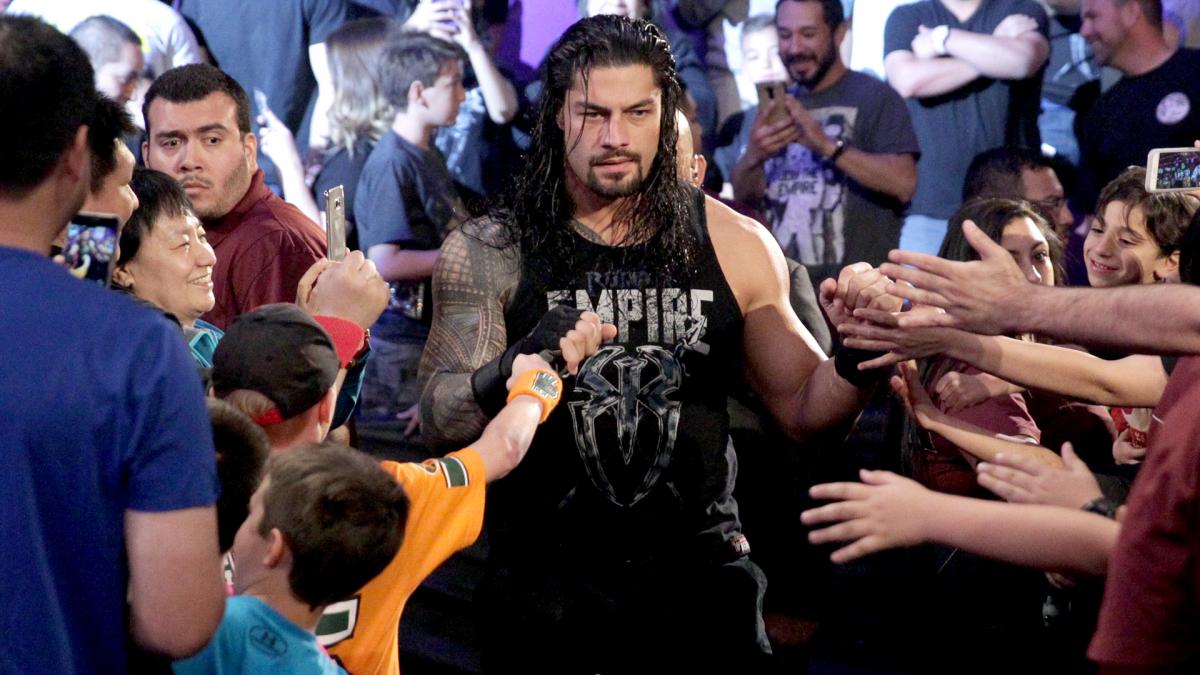 In this article:Paul Heyman, Roman Reigns