Paul Heyman Says Against Anybody Else, "My Money's On Roman Reigns!" 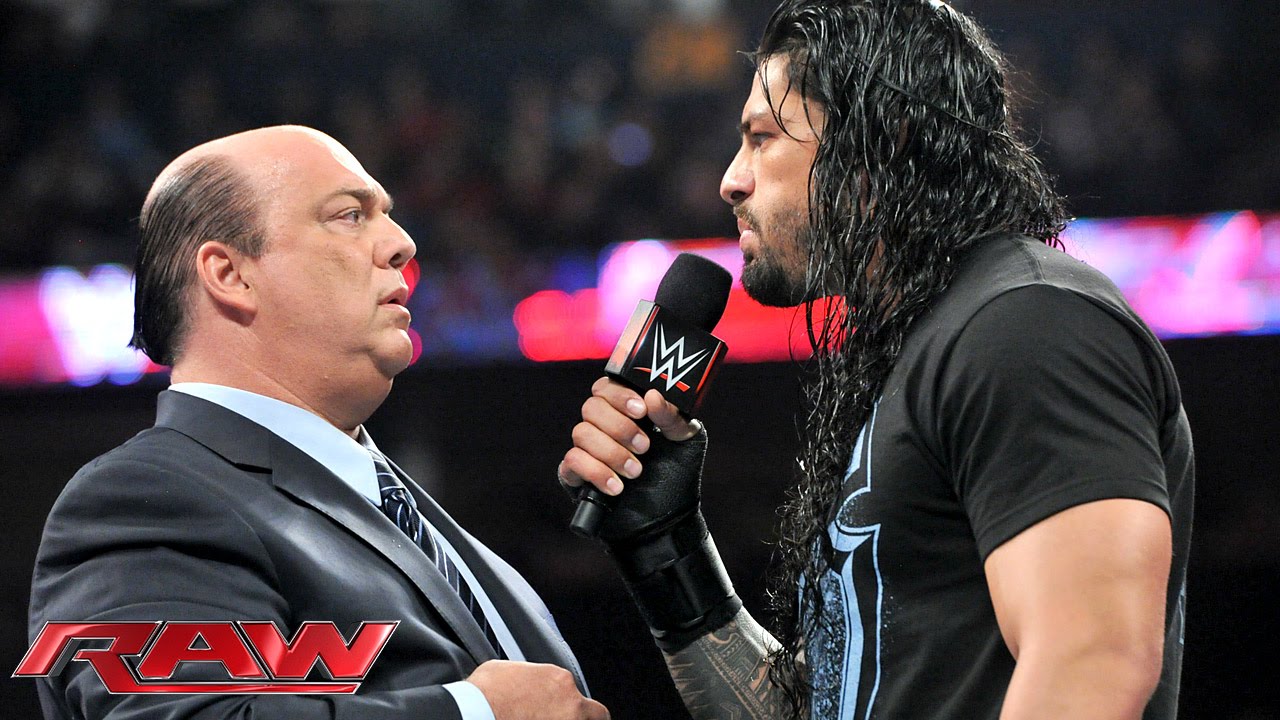 An epic moment on Monday Night RAW, as our very own Hustler De Tuti Hustlers comes face-to-face with the number one contender for Brock Lesnar’s WWE Championship as we get closer and closer to WrestleMania!

Our boss had an idea. Tell Roman Reigns, to his face, how great the Samoan bad ass truly is. And boy oh boy did Paul lay it on thick. And then Roman had a reply, a reply that he probably wants Paul to take back to Brock Lesnar. A reply that sets Roman apart from everyone else. According to WWE.com:

Well here we are again. And this time, there’s no studio and snowstorm to enforce any kind of civility from Roman Reigns, who — after a final concession to The Big Dog from a wistful Daniel Bryan — finally stepped into a WWE ring as the honest-to-goodness No. 1 contender to the WWE World Heavyweight Championship. Paul Heyman was right there to meet him, spouting rhetoric and visibly relieved to be rid of Bryan, talking up the potential of Reigns and predicting his ultimate downfall at the hands of Brock Lesnar. Despite Heyman’s bravado, Reigns’ eagerness to throw down with The Beast Incarnate either forecasts a bright future for the No. 1 contender … or the ultimate downfall of a Superstar who doesn’t understand what he’s gotten himself into. Thirty-four days until the answer is revealed.

Of course, we’re HustleTweeting about “My Money’s on Roman Reigns” and you are more than welcome to join by following the Hustle on Twitter HERE or write to us directly at hustleoncrave@gmail.com Hey, have you checked out the Hustle’s Ultra High Quality You Tube Channel, with exclusive videos featuring OUR WORLD EXCLUSIVE WITH MIKE TYSON … BROCK LESNAR’S “HERE COMES THE PAIN” … ICE-T AND COCO’s SEX SECRETS … MMA BAD BOY NICK DIAZ … the list goes on and on, so if you’re not subscribing, you’re missing something … and by the ways cheapos, it’s FREE! Yes, absolutely 100 percent FREE! What are you waiting for? Check it out HERE!

CLICK ON THE PICS BELOW TO SEE THE ENTIRE OFFICIAL
WWE PHOTO GALLERY FEATURING PAUL HEYMAN AND ROMAN REIGNS!

“MY MONEY’S ON ROMAN REIGNS!” 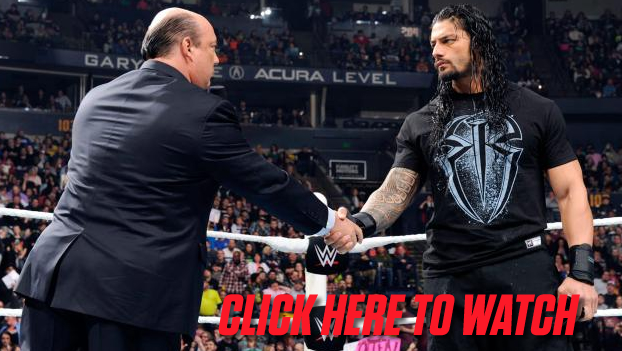