Paul Heyman: There's No Backing Out For John Cena Now! 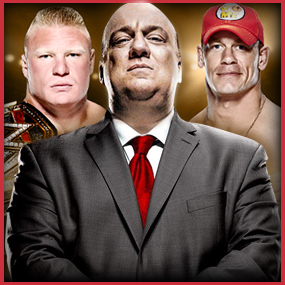 LADIES AND GENTELMEN MY NAME IS PAUL HEYMAN, and I offer you greetings from 40,000 feet. As I embark on this journey to the wretched State of Louisiana, I find myself repulsed by the notion that John Cena has yet to realize there is no shame in being a strong, clear cut, number two… when number one is my client, the reigning defending undisputed Heavyweight Champion of the World Brock Lesnar!

Last week on WWE Monday Night RAW, I OFFERED JOHN CENA THE BEST ADVICE HE EVER RECIEVED IN HIS ENTIRE LIFE! Unfortunately, John Cena is so wrapped up in this self-image of being your hero, he fool-heartedly issued a challenge for Brock Lesnar to show up tomorrow night in (of all places) Lafayette, Louisiana… live on RAW… and not for a face to face confrontation, but for a fight. Need I remind John Cena, it was in that very State of Louisiana, New Orleans to be exact, where my client Brock Lesnar Conquered The Undertaker‘s Undefeated Streak at Wrestlemania? Need I remind John Cena, I told everyone in advance that would happen?

Need I remind John Cena I told everyone my client would beat, victimize and conquer him at SummerSlam?

John Cena has challenged Brock Lesnar to a fight six days before their rematch for the WWE World Heavyweight Championship at Night of Champions.

It’s a heroic gesture, but a stupid one at that. Brock Lesnar is going to kick John Cena‘s ass all over Monday Night RAW, and John Cena will not have enough time to recover to be 100% for his contractually-invoked rematch at WWE Night of Champions next Sunday.

Martyrdom does not guarantee immortality. Bluntly, it guarantees the opposite. Martyrdom only offers death. In this case, the death of John Cena‘s dream of proving himself anything but inferior to my client, the reigning defending WWE Heavyweight Champion of the World, Brock Lesnar! 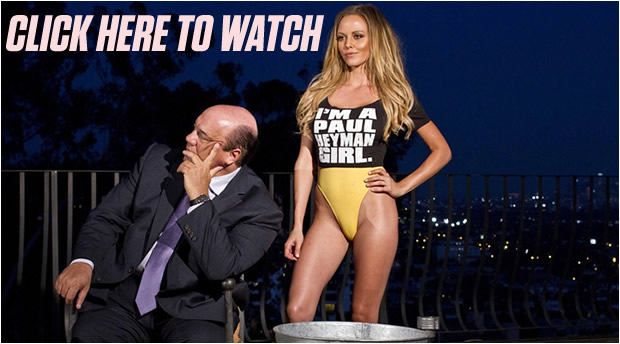