The Undertaker Snatches Paul Heyman By The Throat ... Sends a Message to Brock Lesnar! 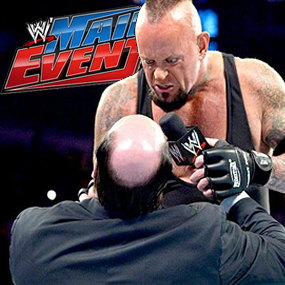 The Undertaker‘s very first appearance ever on WWE Main Event, broadcast live on WWE Network and on Wednesday night via ION Television will go down in history as one of the most memorable threats in recent memory as The Phenom snatched our boss Paul Heyman by the throat and instructed that a message be delivered to Brock Lesnar! According to WWE.com:

Before The Demon of Death Valley appeared on WWE Main Event, a reluctant Paul Heyman journeyed to the empty ring, delivering a message from his client, Brock Lesnar, that The Streak will definitively come to an end at the hands of The Beast Incarnate.

However, moments after the portentous gong rang through the arena, The Phenom surprised The Mad Scientist, appearing from nowhere to bring Heyman to his knees and delivering a message of his own – that he would “slay the Beast” on The Grandest Stage of Them All. He also made it clear that he would deliver that message personally this Monday on Raw.

CLICK ON THE PICS BELOW TO SEE THE ENTIRE OFFICIAL WWE
PHOTO GALLERY FEATURING PAUL HEYMAN AND THE UNDERTAKER! 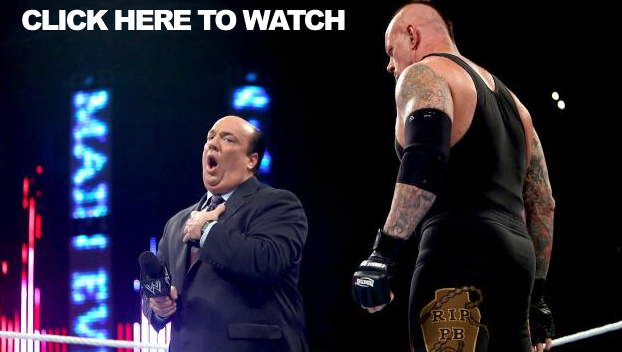