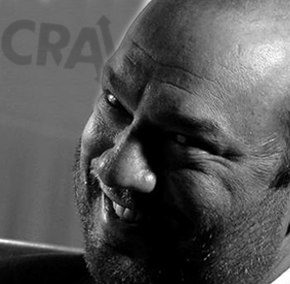 When it comes to a young talent initiative, both World Wrestling Entertainment and TNA Wrestling have their collective heads shoved up their respective asses.

It amazes me that in an industry starving for young talent, there is still no system in place designed to capitalize on the new styles and young performers that are out there, and –even more importantly– unseen by a national(and, especially in WWE’s case, a global) audience.

A really talented lap dancer has a better chance of being discovered and recruited into professional wrestling than a decorated athlete who is trying to decide between WWE/TNA and UFC/MMA.

While I applaud Vince McMahon and company’s decision to launch the careers of several new superstars on the Tuesday night SyFy program, WWE still faces the daunting task of figuring out where to find the next generation of either athletes to be trained or performers to be groomed for the main roster.

The “recruitment” process in both WWE and TNA is not just lacking, it’s non-existent. In WWE, “they” wait for “you” to chase the opportunity of working for the dominant market leader in sports entertainment.

In other words, if you don’t call them, they won’t call you.

Just a few years ago, Jim Ross would send memo after memo to Vince and Stephanie (and even to Executive Producer Kevin Dunn) practically begging the company to devote more time, effort, and resources to an active recruitment process, much like the NFL, NBA, and Major League Baseball.

“If we don’t address this problem now,” JR once said in a passionate pitch on Air McMahon, “we’re going to pay a heavy price for ignoring the situation in 5 years.”

This is not an indictment of JR’s successor in the Talent Relations department, John Laurainaitis. His hands are tied. His department is under the direction of Stephanie McMahon-LeVesque, and despite the fact the Chairman understands”new, unique, different,” Vince has screwed up when it comes to the matter of finding and developing new styles and the superstars who will define those new ways of presenting the age old product.