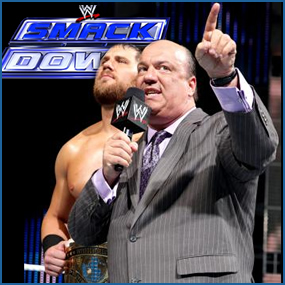 Our very own Hustler De Tuti Hustlers follows up on Monday’s vicious beating of CM Punk with a scathing interview on WWE Smackdown!

Our boss has no regrets. No remorse. And he’s not seeking forgiveness for THE BRUTAL KENDO STICK ATTACK ON CM PUNK DURING WWE MONDAY NIGHT RAW! In a scathing interview that was broadcast on WWE Smackdown, our very own Hustler De Tuti Hustlers spelled it all out for the WWE Universe, in great detail we might add! According to WWE.com:

Slated to face CM Punk in a 2-on-1 Elimination Match at Night of Champions, Paul Heyman and Intercontinental Champion Curtis Axel addressed the WWE Universe about their ruthless Raw attack on The Second City Saint.

For his part, Heyman said he was not sorry for what they did, wondering what the WWE Universe expected him to do once they voted him into a match against Punk.

Heyman went on to say that although he was certainly afraid of the possibility of having to take a beating from Punk at Night of Champions, his fear might become The Straight Edge Superstar’s worst enemy if the crafty advocate’s back was against the wall. He assured the WWE Universe that at the upcoming pay-per-view, he and Axel would “own” CM Punk.

Of course, we’re HustleTweeting about this historic incident and the interview from WWE Smackdown, and you’re more than welcome to join the conversation by following us on twitter HERE or write us directly at hustleoncrave@gmail.com  Hey, have you checked out the Hustle’s Ultra High Quality You Tube Channel, with exclusive videos featuring OUR WORLD EXCLUSIVE WITH MIKE TYSON … BROCK LESNAR’S “HERE COMES THE PAIN” … ICE-T AND COCO’s SEX SECRETS … TEEN SENSATION TAYLOR MOMSEN … UFC BAD BOY NICK DIAZ … THE WALKING RIOT MISSY HYATT if you’re not subscribing, you’re missing something … and by the ways cheapos, it’s FREE! Yes, absolutely 100 percent FREE! What are you waiting for? Check it out HERE!

CLICK ON THE PICS BELOW FOR WWE’s OFFICIAL PHOTO GALLERY! 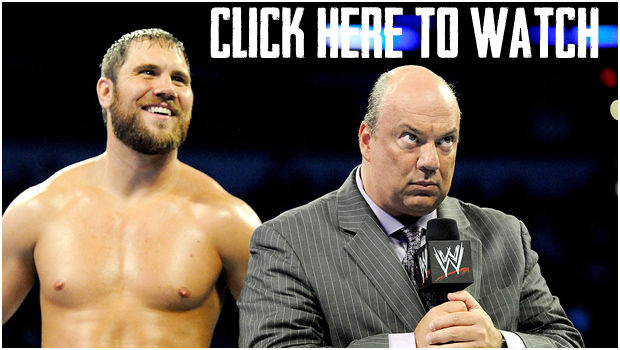