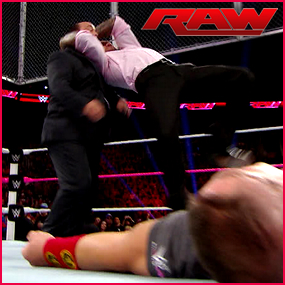 What Will Brock Lesnar Say About This?

The winner of this Sunday’s WWE Hell in a Cell match between John Cena and Randy Orton will receive a match in the future against Brock Lesnar for the Undisputed WWE Heavyweight Championship of the World. And therefore, it all came to a head on Monday Night RAW. According to WWE.com:

John Cena and Randy Orton’s rivalry has long been a tale of two Superstars, but with a match for the WWE World Heavyweight Title at stake, their ongoing battle has now pulled a third player into its orbit: the WWE World Heavyweight Champion himself, Brock Lesnar. So it was no surprise that Lesnar’s advocate, Paul Heyman, resurfaced in the midst of Cena and Orton’s latest war of words to deliver a warning of his own. It was actually more of a promise that whomever emerged from Hell in a Cell as the No. 1 contender would become little more than fresh meat for The Conqueror when their title match did go down. Only, Orton wasn’t having any of Heyman’s bravado, to say nothing of Cena’s. No sooner had Cena threatened Heyman with an Attitude Adjustment than The Viper pounced from outta nowhere and RKO’d both men into unconsciousness.

Of course, we’re HustleTweeting about WWE Monday Night RAW, and you’re more than welcome to join the conversation by following us on twitter HERE or write to us directly at hustleoncrave@gmail.com Hey, have you checked out the Hustle’s Ultra High Quality You Tube Channel, with exclusive videos featuring OUR WORLD EXCLUSIVE WITH MIKE TYSON … BROCK LESNAR’S “HERE COMES THE PAIN” … ICE-T AND COCO’s SEX SECRETS … MMA BAD BOY NICK DIAZ … the list goes on and on, so if you’re not subscribing, you’re missing something … and by the ways cheapos, it’s FREE! Yes, absolutely 100 percent FREE! What are you waiting for? Check it out HERE! 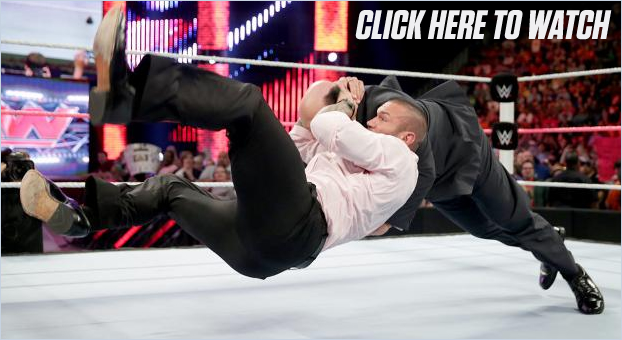