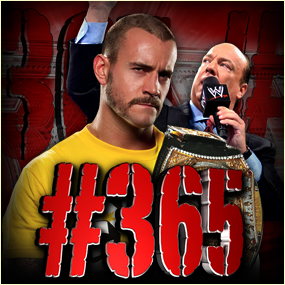 Our Very Own Hustler De Tuti Hustlers Paul Heyman Throws a Major Celebration in Honor of CM Punk’s One Full Year as WWE Champion … LIVE on Monday Night RAW … and Invites Ryback to the Party!

So here we are, 365 days later. One full turn around the sun since CM Punk made Alberto Del Rio tap in New York City and took the WWE Championship for his very own………..

Our Very Own Hustler De Tuti Hustlers Paul Heyman Throws a Major Celebration in Honor of CM Punk’s One Full Year as WWE Champion … LIVE on Monday Night RAW … and Invites Ryback to the Party!

Just 24 hours after CM PUNK DEFENDED THE WWE CHAMPIONSHIP AGAINST BOTH JOHN CENA AND RYBACK IN A TRIPLE THREAT MATCH IN THE MAIN EVENT OF THE 2012 EDITION OF SURVIVIOR SERIES, our very own Hustler De Tuti Hustlers Paul Heyman threw Monday Night RAW into chaos with a #365 Celebration. Ryback was invited. Dean Ambrose, Seth Rollins and Roman Reigns were not. But they showed up anyway.

So here we are, 365 days later. One full turn around the sun since CM Punk made Alberto Del Rio tap in New York City and took the WWE Championship for his very own. Eleven months since his first defense of the reign at WWE TLC: Tables, Ladders and Chairs. Seven months since he walked into and out of WrestleMania XXVIII as champion, and one night after Punk proved his own prophecy right by defeating John Cena and Ryback, The Second City Saint stood in Dayton and celebrated the one-year anniversary of his second reign as WWE Champion.

And after some introductory oration by Paul Heyman, Punk took to the ring and, with no small amount of pleasure, quickly placed himself above the likes of Bret Hart, Shawn Michaels, The Undertaker, “Stone Cold” Steve Austin and The Rock and proclaimed himself to be, as ever, The Best in the World. The Second City Saint then set his sights squarely on a date in the future: July 25, 2018, the 355th episode of WWE Main Event, when he would surpass Bruno Sammartino for the longest title reign in history. As for his greatest victory? For Punk, that answer was simple: His historic victory over Cena and Ryback, a win nobody said could be done save for Punk and Heyman himself.

It was a victory Punk seemed eager to relive, but at least one man wasn’t feeling the same nostalgia. Ryback’s music hit and the beast stomped down to the ring, fine/suspension be damned, to sink his claws into CM Punk finally. But once again, Ryback would be stopped short by the same men who cut him down the night before. Seth Rollins, Dean Ambrose and Roman Reigns swarmed Ryback halfway down the ramp, stopping him from getting to Punk (who seemed as surprised by their presence as anyone) before once again hoisting Ryback on their shoulders and pummeling him through the announce table.

While the three attackers stood stoically in the ring, Punk decided to bask in the moment all the same. The Second City Saint sauntered down to the prone Ryback, planted one foot on his chest, and for the first time in year No. 2 of his WWE Title reign, proclaimed himself The Best in the World.

Of course, we’re HustleTweeting about the #365 Celebration on RAW, and you’re more than welcome to join the HustleTweeters (or even become one) by following THE HEYMAN HUSTLE on Twitter HERE or write to us directly at hustleoncrave@gmail.com  Hey, have you checked out the Hustle’s Ultra High Quality You Tube Channel, with exclusive videos featuring OUR WORLD EXCLUSIVE WITH MIKE TYSON … BROCK LESNAR’S “HERE COMES THE PAIN” … ICE-T AND COCO’s SEX SECRETS … TEEN SENSATION TAYLOR MOMSEN … UFC BAD BOY NICK DIAZ … THE WALKING RIOT MISSY HYATT if you’re not subscribing, you’re missing something … and by the ways cheapos, it’s FREE! Yes, absolutely 100 percent FREE! What are you waiting for? Check it out HERE!

CLICK ON THE PICS BELOW TO SEE THE ENTIRE OFFICIAL PHOTO GALLERY
OF WWE CHAMPION CM PUNK’S #365 CELEBRATION ON MONDAY NIGHT RAW!

CHECK OUT THE VIDEO HIGHLIGHTS OF THE #365 CELEBRATION! 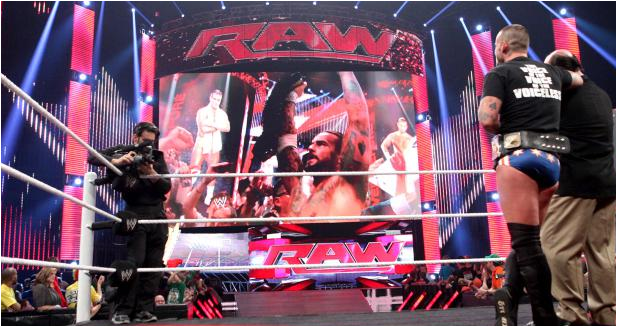