CM Punk and Curtis Axel Crush The Prime Time Players ... But There's A LOT More To This Story! 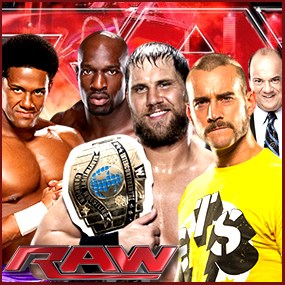 WWE Monday Night RAW is highlighted by our very own Hustler De Tuti Hustlers Paul Heyman trying to maintain the peace between The Beast In The World and The Intercontinental Heavyweight Champion!

The saga of CM Punk and our boss Paul Heyman continued on WWE Monday Night RAW as the newest “Paul Heyman Guy” Intercontinental Heavyweight Champion Curtis Axel teamed up with CM Punk to face The Prime Time Players based on WHAT HAPPENED ON LAST WEEK’S MONDAY NIGHT RAW!

A win is a win, but Paul Heyman’s proverbial roost is in a state of unrest following Curtis Axel’s series of shenanigans on CM Punk during their match against The Prime Time Players. Things were tense between Heyman’s two acolytes from the beginning after Axel tagged into the match and refused to let Punk back in. Axel seemed to have the bout in hand at first, but his gloating got the better of him when Titus O’Neil & Darren Young reclaimed the advantage, isolating Axel from Punk in the corner.

A big boot to “The Big Deal” gave Axel the gap he needed to reach The Second City Saint and Punk showed the youngblood how it’s done, making good on his word to take out both Players single-handedly. But Axel was not to be outdone, tagging his way into the match on an unsuspecting Punk and stealing the pin from The Straight Edge Superstar after he had already put Young down with the Go to Sleep. Needless to say, Punk was not exactly eager to take part in the victory celebration, leaving in a huff while Axel preened in the ring.

Of course, we’re HustleTweeting about MizTV, and you’re more than welcome to join the conversation by following us on twitter HERE or write us directly at hustleoncrave@gmail.com  Hey, have you checked out the Hustle’s Ultra High Quality You Tube Channel, with exclusive videos featuring OUR WORLD EXCLUSIVE WITH MIKE TYSON … BROCK LESNAR’S “HERE COMES THE PAIN” … ICE-T AND COCO’s SEX SECRETS … TEEN SENSATION TAYLOR MOMSEN … UFC BAD BOY NICK DIAZ … THE WALKING RIOT MISSY HYATT if you’re not subscribing, you’re missing something … and by the ways cheapos, it’s FREE! Yes, absolutely 100 percent FREE! What are you waiting for? Check it out HERE!

SEE THE ACTION … AND THE AFTERMATH … FROM WWE MONDAY NIGHT RAW! 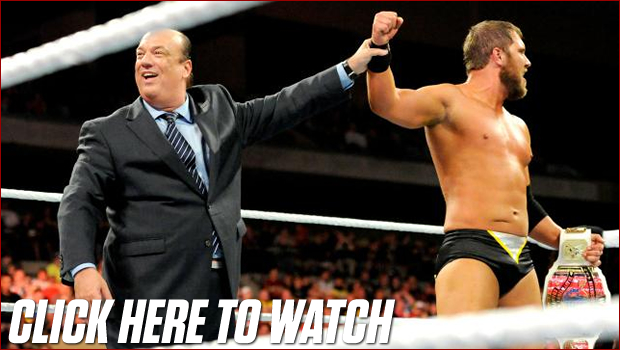