Paul Heyman Cuts The Final Promo Before WrestleMania ... and then Brock Lesnar Gets Into a Tug-of-War with Roman Reigns Over The WWE Title 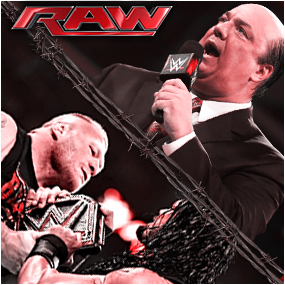 In an act of sheer defiance before The Show of Shows, Roman Reigns snatched the WWE World Heavyweight Title from Brock Lesnar and refused to let it go. Was it a sign of things to come at WrestleMania? According to WWE.com:

No snowstorm, no studio, no rules. For the first time since their close-quarters confrontation in Stamford, Conn., two months ago, Roman Reigns and Brock Lesnar came face-to-face in a WWE ring. Even with the absence of a Snowmageddon-caliber blizzard outside Los Angeles’ STAPLES Center, the atmosphere was indeed chilly between The Beast Incarnate and his No. 1 contender, who not only interrupted Paul Heyman’s latest round of Eat-Sleep-Promo-Repeat, but also refused to flinch at The Conqueror’s thuggish intimidation games. In fact, Reigns flat-out defied The Anomaly by snatching the title out of his hands, setting up a literal shoving match as Raw went to black. Of course, Brock Lesnar does not fight for free, so for one more night, Roman Reigns got away with his bravado. But only one more night. Believe it.

Of course, we’re HustleTweeting about Wrestlemania and the WWE Champion, Brock Lesnar and you are more than welcome to join by following the Hustle on Twitter HERE or write to us directly at hustleoncrave@gmail.com Hey, have you checked out the Hustle’s Ultra High Quality You Tube Channel, with exclusive videos featuring the #HUSTLEBOOTYTEMPTATS SUPERMODEL OF THE YEAR … OUR WORLD EXCLUSIVE WITH MIKE TYSON … BROCK LESNAR’S “HERE COMES THE PAIN” … ICE-T AND COCO’s SEX SECRETS … MMA BAD BOY NICK DIAZ … the list goes on and on, so if you’re not subscribing, you’re missing something … and by the ways cheapos, it’s FREE! Yes, absolutely 100 percent FREE! What are you waiting for? Check it out HERE! 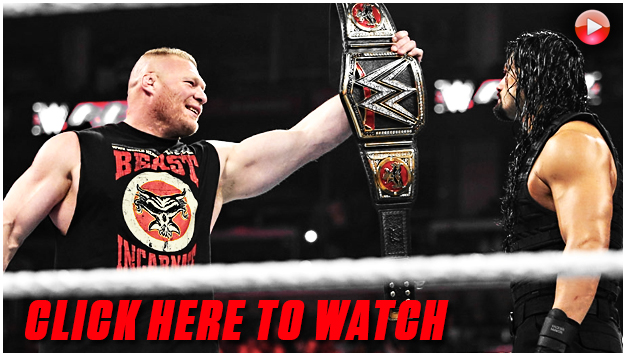