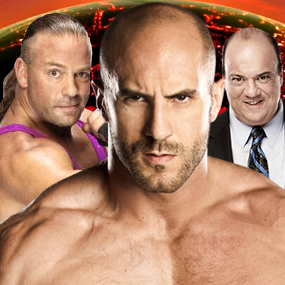 “The King of Swing” Cesaro takes on RVD in a number one contenders tournament to determine who gets the next Intercontinental Title Match at Extreme Rules!

Well it didn’t take long for Rob Van Dam to step into controversy, as the ECW Original was pitted against New Paul Heyman Guy (and Swiss Superman) Cesaro on WWE Monday Night RAW. According to the fine journalists at WWE.com:

With Paul Heyman at his side, Cesaro was surely a presumptive favorite to defeat Rob Van Dam, swing his way to Extreme Rules and face Big E for the Intercontinental Title. As it turns out, we, the people, were mistaken to think so. Mr. Monday Night’s unpredictable style kept The Swiss Superman on his heels in their semifinal bout; each time Cesaro would have Van Dam in position for a power maneuver, the former ECW Champion would switch up his strategy and send him back to square one.

A European uppercut knocked RVD loopy while he was trapped in the ropes, but just as Cesaro got ready to send Van Dam a-swingin’, Jack Swagger and Zeb Colter interfered and threw The Swiss Superman into the ring post moments after he rolled Van Dam into the ring. The attack cost Cesaro the match via count-out, though Swagger got the brunt of “The King of Swing’s” fury when he was scooped up by his former partner after the bell and hit with a mammoth Cesaro Swing

Of course, we’re HustleTweeting about RAW and you’re welcome to join the conversation (and you have to realize, this is one ridiculously lively conversation) by writing us on twitter HERE or write to us directly at hustleoncrave@gmail.com Hey, have you checked out the Hustle’s Ultra High Quality You Tube Channel, with exclusive videos featuring OUR WORLD EXCLUSIVE WITH MIKE TYSON … BROCK LESNAR’S “HERE COMES THE PAIN” … ICE-T AND COCO’s SEX SECRETS … MMA BAD BOY NICK DIAZ … the list goes on and on, so if you’re not subscribing, you’re missing something … and by the ways cheapos, it’s FREE! Yes, absolutely 100 percent FREE! What are you waiting for? Check it out HERE!

CLICK ON THE PICS BELOW TO SEE THE ENTIRE OFFICIAL WWE
PHOTO GALLERY FEATURING CESARO VS ROB VAN DAM!

RVD IS A HUMAN HIGHLIGHT REEL. CESARO GIVES HIM SOME EXTRA FOOTAGE!
CHECK OUT THE VIDEO BELOW TO SEE WHAT WE MEAN! 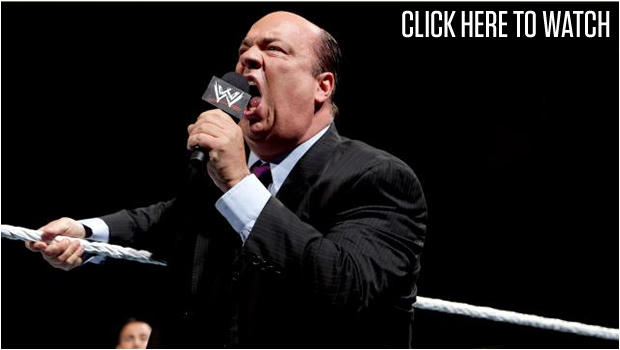