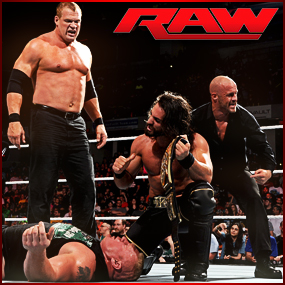 Has The Beast Been Slain?

So it’s come to this: Seth Rollins, the man who did it all on his own, was forced to grovel his way back into The Authority’s good graces. It was all in an attempt to regain his precious support system before he goes to the mat with Brock Lesnar at Battleground. Kane and J&J Security seemed relatively amenable to Rollins’ proposition, but when Lesnar crashed the party, only The Devil’s Favorite Demon stayed to defend Rollins from The Beast with a sneak attack.

Despite Lesnar initially getting the better of Rollins, Kane managed to land a Chokeslam, at which point Rollins and Joey Mercury quickly closed ranks and, against all odds, the corporate power got the job done. The Authority targeted Lesnar’s leg, set him up for the Pedigree and, as Raw faded to black, Lesnar had been taken down, Paul Heyman was silent, the champion was standing tall and his comrades were once again at his side. Here comes the pain

CLICK ON THE PICS BELOW TO SEE THE ENTIRE OFFICIAL
WWE PHOTO GALLERY FEATURING BROCK LESNAR, SETH ROLLINS AND THE AUTHORITY! 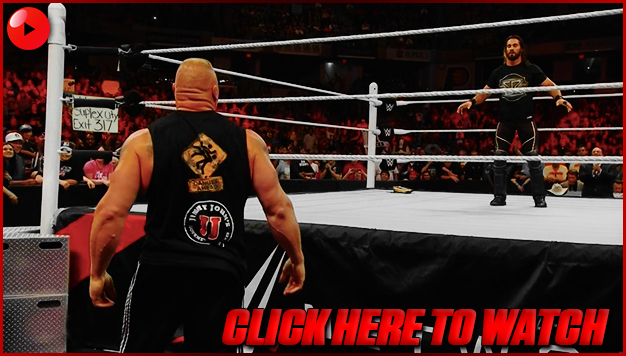