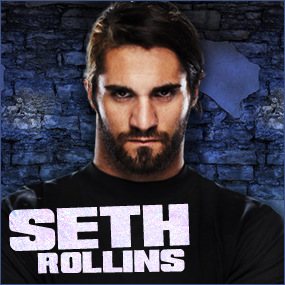 Seth Rollins of The Shield is causing a stir on WWE Raw every week.

Seth Rollins of The Shield is causing a stir on WWE Raw every week. He has always been in the middle of chaos. I just have to look back at the first weekend I worked with him for proof. Things got very real one night.

Rollins, then known as Tyler Black, was gaining a buzz for his team on the Midwest independent scene with Marek Brave in 2007. At the time, I was booking both Ring Of Honor and Full Impact Pro, which was based in Florida. The two Danny Daniels’ students showed a lot of promise on tape. Rollins displayed tremendous athletic ability, charisma and upside. However, if you read my blog on Dean Ambrose right here on The Heyman Hustle, you know watching some tape isn’t enough for me.

I am a big proponent of getting to know talent in person, seeing what drives them and learning about their personalities. I liked to bring talent to FIP before ROH back then. It gave FIP the rub of getting talent “first” before ROH, while it let me learn their strengths and weaknesses, both in and out of the ring, before they made their ROH debut.

Rollins and Brave jumped at the opportunity to be booked. In fact, they each showed immediate dedication and desire by making a 20 plus hour drive to the FIP event in Melbourne, FL in May of 2007. The show location was a run down community center in a bad part of town, and that’s putting it nicely. Rollins and Brave were immediately thrown right in the fire that night against the legendary independent wrestling tag team of Jay & Mark Briscoe. This would show if they could hang with one of the best teams in the world, while at the same time giving FIP a completely fresh match.

Both were making a great impression before the show. They were passionate, hungry and had great attitudes. Then the opening bell rang and things only got better. The Midwest duo was going toe-for-toe, move-for-move with The Briscoes in an exciting match. Then tragedy struck.

Something went wrong and Brave was unable to move in the ring. When the match came to a conclusion, Brave lay prone on the canvas. Words can’t describe how scary this is for everyone involved. So many thoughts race through your head.

The only thing you can do is collect yourself and do the best you can for the injured wrestler. For me, this meant getting an ambulance there as fast as possible, making sure Brave didn’t push himself to do anything that would make the situation worse and getting fans out of the building.

Brave, to his credit, remained calm and in a positive mood despite losing the physical capability to get up. I tried to hide my real emotions of despair and nervousness, to keep Brave’s spirits up and echo his mood. As he was loaded in the ambulance and driven away, I immediately thought of Rollins. He just saw his friend, in a paralyzed state, hurried away by emergency responders.

I returned to the locker room and he was nowhere to be found. There was a door that led to an adjacent pitch black field. Someone said he had bolted out the door. I peaked my head out to witness a vision I’ll never forget.

In a night of complete darkness, I saw Rollins’ silhouette heaving in a lone light. I couldn’t see anything else when something went whizzing by my head.

I started to hear yelling as several rocks were flung in our direction. Rollins was in the middle of a fight with several locals. Despite rocks being thrown at him like fastballs, he wasn’t backing down. I yelled for him to get inside, and fortunately he listened and did.

We talked and then he went to the hospital to support his friend and tag team partner. Rollins ended up driving back to the Midwest with one less person in the car. Brave recovered, but his wrestling career never regained momentum. I knew after that weekend we had a winner in Rollins, a man who was loyal, fearless and talented.

You only get a chance to get to know talent like Seth Rollins closely in independent wrestling. Now Rollins is poised to take on the world in WWE. Meanwhile, we’ll showcase today’s new stars in EVOLVE and Dragon Gate USA in 2013. It all starts with Dragon Gate USA on January 25th in Santa Maria, CA and a doubleshot on January 26th and 27th in Huntington Park, CA.

-Dragon Gate USA will have Johnny Gargano vs. Jon Davis for the DGUSA Title in a very dangerous No Rope Match on January 26th at The Pappy Pineda Dome on 7962 Salt Lake Ave. in Huntington Park CA. Tickets & info at www.DGUSA.tv or 267-519-9744. Watch the iPPV at www.WWNLive.com with three pricing options to fit your budget.

-Dragon Gate USA presents a special matinee show on January 27th before the Royal Rumble. It will be main evented by the dream tag team match of The Young Bucks vs. AR Fox & Akira Tozawa at The Pappy Pineda Dome on 7962 Salt Lake Ave. in Huntington Park CA. Tickets & info at www.DGUSA.tv or 267-519-9744. Watch the iPPV at www.WWNLive.com with three pricing options to fit your budget.

BEFORE THEY WERE WWE SUPERSTARS!
DANIEL BRYAN KNOCKS DEAN AMBROSE’S BLOCK OFF! 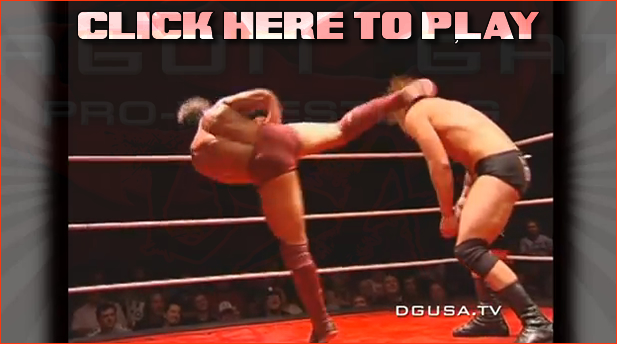